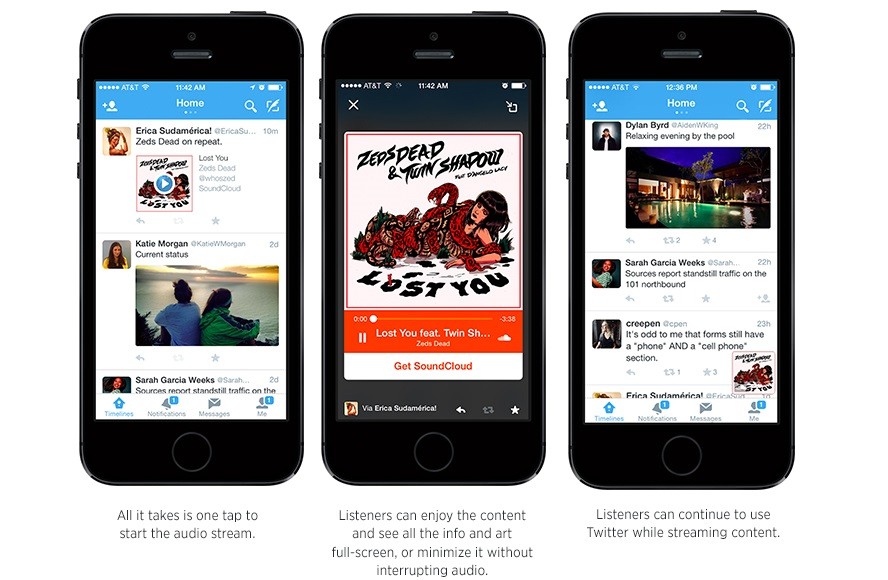 If you’re a fan of Twitter you’ll be happy to know the company has just launched a new feature for its popular social platform: sound cards. The name is pretty self-explanatory as the new card allows users to listen to music and podcasts directly in their Twitter stream.

The feature is now available on the web and will also come very soon to iPhone and Android clients. But what’s a lot more interesting about this particular feature than others is who Twitter has partnered with: Soundcloud and iTunes.

Yes that’s right, the company is partnering with SoundCloud to make almost anyone’s content available on their platform. And if that wasn’t enough they’ve also partnered with Apple and iTunes streaming, allowing users to purchase a song directly from their app.

Oh and just in case you’re curious to try this out for yourselves check out this tweet from the Foo Fighters . They’re launching a new album and seem to be the first ones to showcase this new Twitter functionality.