Slowly but surely, virtual reality is going mainstream. While the Oculus Rift continues to impress the PC gamers, the PSVR got the console crowd excited about VR headsets. It's little wonder then, that the game studios are now taking the virtual reality platform seriously.

One such big name to jump on the VR bandwagon is the French game publisher Ubisoft. The company entered the virtual reality gaming segment by launching the much-hyped title Eagle Flight. For those not in the know, this game is sort of a bird simulator set in a post-apocalyptic Paris. Thankfully, while the humans have most likely perished, the life goes on. You assume the role of an eagle flying over France's capital. 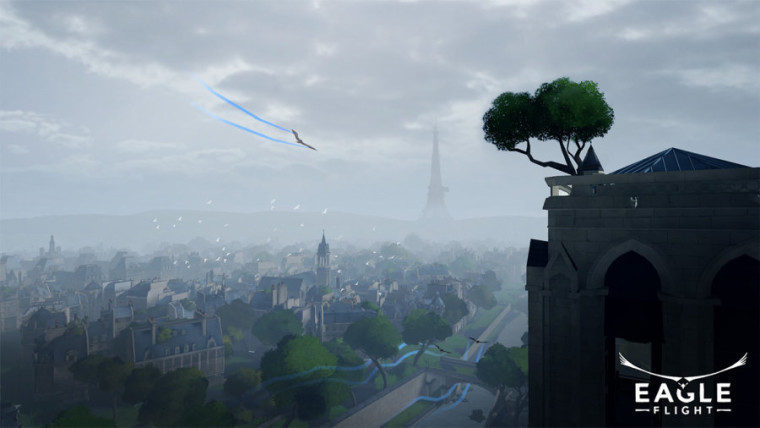 The best part is that the game now supports cross-platform play. In simple words, PSVR, Oculus Rift, and HTC Vive users can now team up or challenge each other in multiplayer mode. What's more, Ubisoft's upcoming virtual reality games such as Werewolves Within and Star Trek: Bridge Crew will also feature cross-platform network play. As of this writing, Werewolves Within is expected to launch on December 6, whereas you will have to wait till sometime in March next year for Star Trek: Bridge Crew.

On Ubisoft's official blog, David Votypka, Eagle Flight developer Red Storm's senior creative director stated that, “Our games feature a strong multiplayer experiences, so letting friends play together regardless of which headset they own will enhance the social nature of our games and let them be played the way we envisioned.”