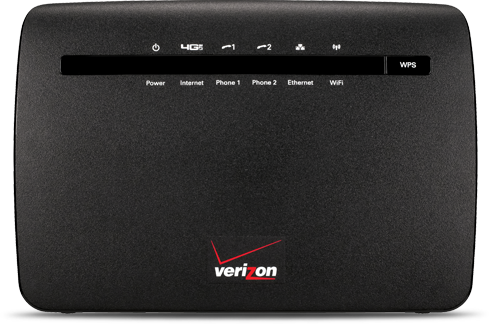 Do you live in a place where the cable company won't come by to offer you their internet access? Is your home located where the telephone company can't give you their DSL service? Then Verizon Wireless might just be able to fix you up with a fast wireless internet connection - but be prepared to pay a lot for it.

Starting on Thursday, Verizon will launch HomeFusion, a new Internet service designed specifically for rural homes and locations where normal broadband internet access isn't possible. Verizon says HomeFusion includes the installation of an antenna in a person's home, which is then linked to a router, shown above.

The antenna and router allows users inside the home to access Verizon's 4G LTE network with download speeds of around 5-12Mbps and upload speeds of 2-5Mbps. The router has support for up to four wired network connections and supports wireless connections for at least twenty devices.

Sounds good, doesn't it? Here's the kicker: the price. Users of HomeFusion have to sign up for a two year contract and choose from plans that range from $60 a month for 10GB of data, up to $120 a month for 30GB, with overage fees of $10 per GB. There's a $199.99 one time charge for equipment but installation is free.