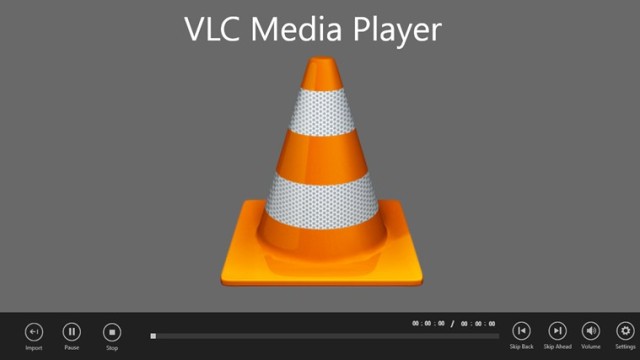 If you scan the Windows Store feature in Windows 8 for new apps every day, you might have noticed an addition that showed up today that was titled "VLC Media Player 8." The app seems, at first glance, to be the promised port of the popular VLC media player made by the VideoLAN team.

However, this app is not made by that same volunteer team. A big clue was the fact that the "VLC Media Player 8" has a $2.99 price tag. The real VLC apps that have been released for other platforms have all been free to download, and the plan is to release the Windows 8 app for free as well.

The other clue is that this app appears to be a very simple media player with a bare bones design. As we have reported before, the real VLC Windows 8 app will be a full fledged Modern UI app with a number of features. VideoLAN launched a Kickstarter campaign in late 2012 to get development of the Windows 8 app jump started and ended up with £47,056 from its backers.

Thankfully, this "VLC Media Player 8" app won't be available on the Windows Store for much longer. Neowin contacted the VideoLAN team and one of its members, Jean-Baptiste Kempf, told us that they have asked the developer to remove it. We also contacted the developer, Senthilkumar Thangavelu, who also told us he would remove the app. Update: The app has now been taken down.

Indeed, Kempf told us that this kind of activity is nothing new for the VideoLAN team, saying, " ... we spot those kinds of VLC fake downloads per dozens per week. And that is on all AppStores and websites, without actually looking for it. One week, I tried to actually look at those, and I stopped after 200 violations of the same."

Kempf also gave us a brief update on the states of the real VLC Windows 8 app, saying, "We are in the foundation of the software, and on the project organization, and working quite hard to have a correct foundation to be allowed on the store, which is still the hard part We have of course updated the designs, but they are still quite similar to the last update of our (Kickstarter) page."