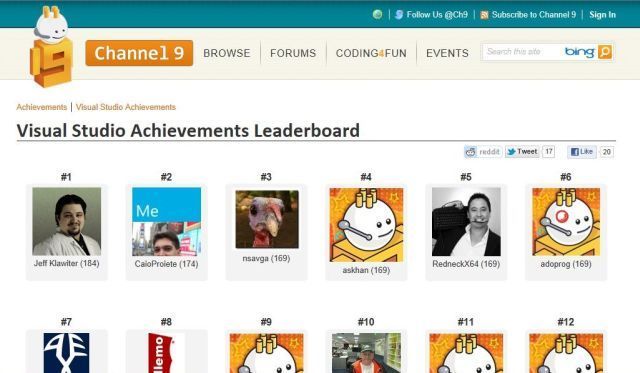 You may remember that a few months ago, Microsoft decided to start adding achievements for developers to unlock who used the company's Visual Studio tool, much like how Xbox 360 gamers can unlock achievements in their games. Now Microsoft has announced that concept has expanded once again.

The official Microsoft blog reports that developers who work with Visual Studio can now unlock new achievements and badges while working on Windows Azure-based applications. The blog states, "Badges can be earned for proper cloud development usage, mobile+cloud scenarios, social gaming scenarios, or a dozen other developer-related accomplishments."

The program extension is complete with fun badges, a public leaderboard and built in social media sharing options. With achievements like “Show Me the Cache” for using Windows Azure Caching and “Tired of Waiting In Line” for using timeout features of Windows Azure queues, we’re excited for more people to get started and show off their Azure coding skills.