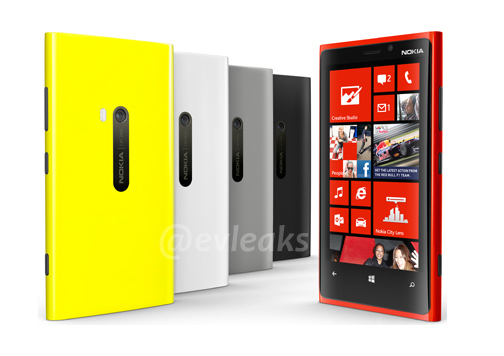 The Lumia 920 is one of two smartphones expected to be announced today.

Nokia's long-awaited Windows Phone event will take place at 10 a.m. EDT (to convert to your local time zone, click here). The event's being held in New York City, but Nokia is providing a live stream that anyone can watch online. Neowin will be be at the event for hands-on information.

The live stream of the event can be seen above or on Nokia's website. Silverlight is required to view the webcast.

Nokia is expected to announce at least two new smartphones at the event, the Lumia 920 and 820. According to recent leaks, the Lumia 920 is expected to feature an 8-megapixel camera, 32GB of storage, 1GB of RAM, a 1.5GHz dual-core processor and a 4.5-inch display. Less information about the 820 is known, although it will be a mid-range device featuring 8GB of storage (with a microSD slot for expandable storage), a 1.5GHz dual-core processor and 1GB of RAM, if recently leaked information is true.