Virtual reality headset owners are the focus on this week's new Humble Bundle, offering an impressive selection of VR games with Steam keys split into the usual three-tier format.

The $1 tier comes with Cosmic Trip and Smashbox Arena. However, the second tier, pay more than the average, jumps quite a bit in the pricing department from there, coming in at around $14 for copies of Budget Cuts, Gorn, and Space Pirate Trainer.

Unless you already own the games from the final tier, opting to pay the $15 price tag should be the best option instead of hitting only the closely priced second tier. You get Superhot VR and Moss with this alongside all the previous games. Moreover, the official soundtracks of Cosmic Trip, Gorn, and Space Pirate Trainer arrive with their respective games.

Most of these games have support for the Valve Index, Oculus Rift, HTC Vive, and Windows Mixed Reality VR systems. Even if official compatibility isn't listed for some headsets - as is the case for Smashbox Arena -, you shouldn't run into any major issues making the games work on an unsupported device. 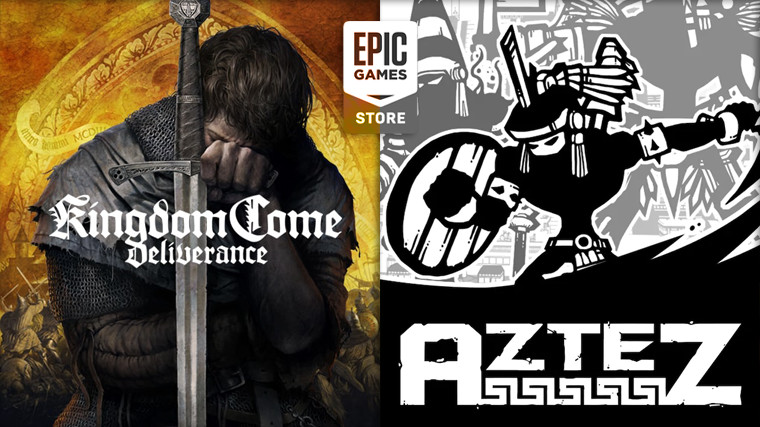 It's a pretty big week for the Epic Games Store's giveaway promotion, this time adding in a high profile game into its freebie basket. You can now grab copies of Kingdom Come: Deliverance and Aztez for free.

Warhorse Studios' Kingdom Come: Deliverance is an RPG experience that's set in the early 15th century with a heavy emphasis on immersion. While in Aztez, you employ elite Aztec warriors for both the turn-based strategy as well as real-time beat-em-up components that the quirky game offers.

The double offering will be replaced by the card game Faeria as the next freebie on February 20.

DayZ, the multiplayer survival title from Bohemia Interactive, has gone free-to-play just for the weekend. The promotion is currently active on Steam and will last until 10 AM PST on February 17. Also having a free weekend at the same time is the multiplayer 6 vs 1 horror game Last Year.

Since Half-Life: Alyx isn't out just yet, the Half-Life collection free event is still active, letting you try out every single game from the hit franchise for free until the new VR entry's release on March 23.

With the beginning of the weekend arrives a wide assortment of sales. We have a selection of handpicked games for your perusing below, this time including plenty of Capcom releases, among others.

Your DRM-free serving of deals this weekend is from GOG as usual, and the store has kicked off a Valentine's promotion that has both co-op and single-player games for good measure: