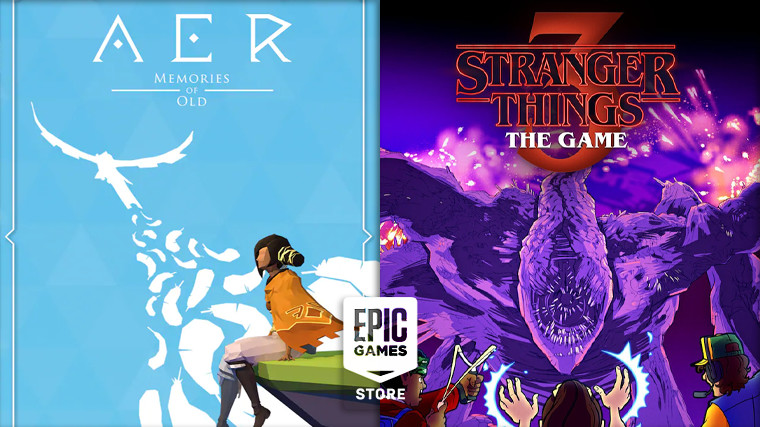 Epic Games Store's freebie rollout continues, with AER Memories of Old and Stranger Things 3: The Game coming in as the latest giveaways.

AER is an exploration game that has you flying to massive floating islands that have secrets to uncover. Meanwhile, Stranger Things 3 arrives as a companion game to the hit Netflix series, with this one depicting the third season's storyline as a cooperative action-adventure game.

The newest free duo will be available to claim through June 2, and stepping up to be free next on the Epic Games Store are Conan Exiles and Hue.

Nacon is the latest publisher to team up with Humble to put up a charity bundle. Sticking to the usual formula, the 11 games carrying Humble Nacon Bundle is split into three tiers. The first of which comes in at $1, and gives you copies of Aarklash: Legacy, Outcast - Second Contact, and 2Dark.

Bumping up to the pay more than average tier - sitting at around $4.20 - gets you Styx: Master of Shadows, Sherlock Holmes: The Devil's Daughter, Of Orcs and Men, as well as Tennis World Tour and V-Rally 4. The third and final tier costs $15, and with it arrives Pro Cycling Manager 2019, The Fisherman - Fishing Planet, and FIA European Truck Racing Championship plus its Indianapolis Motor Speedway DLC.

This is also the final week you have to grab the latest Humble Choice, which comes in offering games like Hellblade, GRID, Supraland, The Messenger, and others via its subscription tiers. The next month's Choice selection will replace these on July 3.

At last, it is summer sale time on Steam, with the yearly promotion coming back with thousands upon thousands of discounts for you to go through. We have a highlights list below for your perusing, which has even more deals than usual. This is a two-week event, so check back next week for another round of highlights.

Meanwhile on the DRM-free side of gaming deals, GOG is back again with a host of discounts on its wares. There is also a Cyberpunk 2077 goodie pack being given away on its front page. Check out our highlights below: