Western Digital haven't officially launched their brand-new WD20EADS 2TB Western Digital Caviar Green HDD, however it is already available for purchase at Australia's Mwave online store. Priced at AU$377.80 (US$250) Western Digital will be the first ever hard drive maker to provide users with a 2TB hard disk drive. 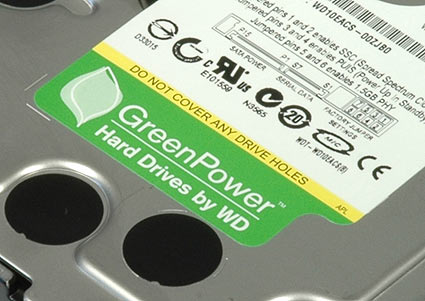 So far, Seagate's Barracuda 7200.12 packs 500GB per platter, and has the highest areal density of 329 Gigabits per square inch. Western Digital might have reached this areal density with the release of its 2TB hard drive. Further product specifications are not known yet.

Seagate is also expected to release its line of 2TB hard drives sometime this year , but the company has its own problems dealing with the enraged customers who own the Barracuda 1.5TB hard drives. This could be an opportunity for Seagate's competitors - Western Digital, Hitachi and Samsung, to gain a better market position?