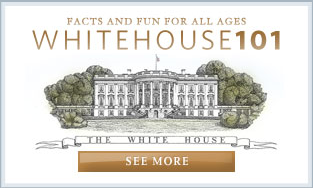 Disconnected phone lines, old computer software, no instant messaging, no outside access to e-mail accounts and no social networking - these were the things Obama's tech team got to see in the White House when they turned up to work on their first day.

The White House new-media team found it hard to identify the configuration of computers in the White House to do any useful updates. The team members, who were used to working on Mac systems, found computers with very old versions of Windows installed and in fact not enough computers for use. Laptops were also assigned to only a few people.

There were no immediate updates on the new White House web site regarding President Obama's busy first day on the job, which included an inaugural prayer service, an open house with the public, and meetings with his economic and national security teams. On Thursday 22nd, the site was updated with information about the recent executive orders but no pool reports or new blog entries. President Obama and his team were forced to use Gmail accounts while they waited for their White House e-mail to become active.

The new White House website is undergoing an overhaul currently and may not look as fine tuned as the Change.gov or BarackObama.com sites. Obama's new media team is letting search engines index almost everything on the site by shrinking the size of robots.txt, the file used by search engines to index the website's content, to 2 lines. The previous government had set the file size to 2377 lines to prevent the search engines from logging the data found in the white house website.

Below is the current robots.txt which can be found here:

And the old robots.txt:

A new blog section is opened on the White House web site which will act as an informal record of events, speeches and decisions but will not allow comments (as of now). There's no word yet on whether restricted access to Facebook, Gmail or Yahoo IM will be lifted or not. Obama and his team are not allowed to do instant messaging. Flicker and YouTube are still on the suspect list. However, Twitter is allowed in House premises.

The White House has also exempted YouTube from strict rules relating to the use of cookies on federal agency Web sites.

In other news Sun Chairman Scott McNealy has reportedly been asked by President Obama to present a paper outlining the benefits that open source software would provide to the government.

McNealy, though not having finished the paper yet, was quick to outline some basic advantages in a BBC interview which included its cost-effectiveness and productiveness, as well as security, software and reliability.