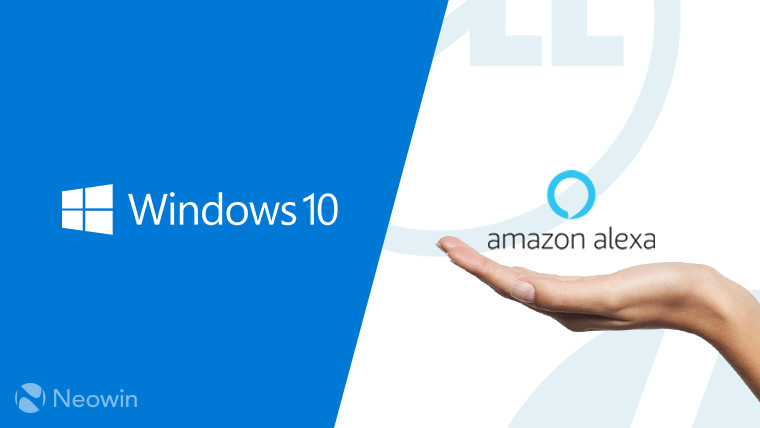 Acer says that it will be available for its latest Aspire 5, Aspire 7, Spin 3, Spin 5, Switch 7 Black Edition, Swift 3, Swift 5, Swift 7, Aspire Z24, Aspire U27, and Aspire S24 devices. ASUS will be bringing Alexa to select ZenBooks and VivoBooks, which will be announced in the first half of 2018. HP also announced the Pavilion Wave, which will be its first PC to include the digital assistant.

"Voice is a natural interface for interacting with technology and can make everyday tasks simpler," said Steve Rabuchin, Vice President, Amazon Alexa. "We’re delighted that ASUS will bring the Alexa experience to its laptop models – providing hands-free voice capabilities, and tens of thousands of skills, to PC customers at their desks and on-the-go."

Alexa will be a standalone app, which will actually run alongside Microsoft's Cortana. After all, OEMs can't exactly disable Cortana, so users will have the choice of which one they want to speak to.

You might recall that there were originally plans to integrate Cortana with Alexa, allowing the two systems to work with each other. That was supposed to happen by the end of 2017, and the two companies didn't make the deadline. This should still be happening, but one has to wonder what kind of future Cortana has when it hasn't put in the effort to make it compelling enough for OEMs to use it.

Companies are going to begin pre-installing Alexa on new PCs that have far-field voice microphones. Sources have also confirmed that other PCs will be able to download the app, although they obviously won't have the far-field voice advantages. There will be more news on this to come.

One would think that Amazon will just offer this service as a downloadable app at some point. Time will tell on that one though, as this does seem to be a pretty broad initiative from Amazon to get its digital assistant onto Windows 10 PCs, with seemingly no pushback just yet from Microsoft.