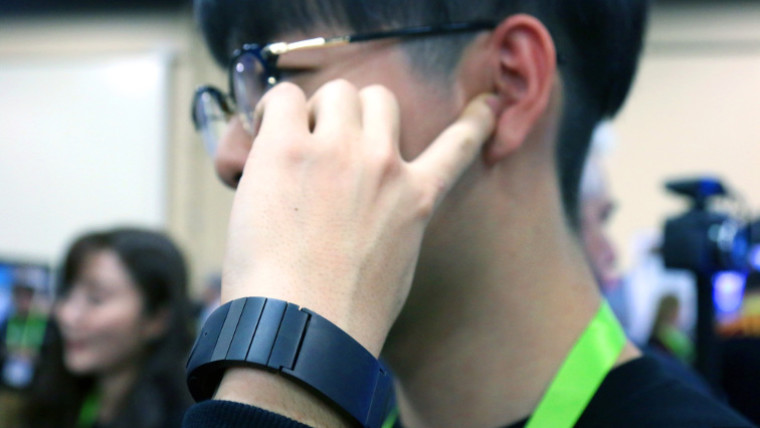 Sgnl, the world's first BCU (Body Conduction Unit) which makes it possible to listen to phone calls through the tip of one of your fingers, is on track to be released at some point after March of 2018. Once launched this would be a unique unrivalled feature in wearable tech.

The product is a spin-off from Samsung's C-Lab and both it and current C-Lab ideas as well as many others spin-offs are currently being showed off at CES 2018 in Las Vegas. People who have had the chance to handle it at the event have been able to listen to music by placing one of their fingertips near their ear while wearing the Sgnl device on the respective wrist of that fingertip. Although one can hear the music, the device is intended to provide intelligible phone conversation-grade noises and not a crisp sounding musical experience.

The Sgnl sends vibrations from the wrist of the user through their bones to their fingertip, which when placed on skin around bone near the ear translates into sound that can be heard by only the user. Some of the motivations for this device is that people can then take phone calls discreetly and quietly as no one else can hear the vibrations, but users will also not have to take any phone out of their pockets or bags and subsequently reduce the likelihood of missing an important call.

The Sgnl also works as a fitness tracker, sleep monitor, pedometer, and has a number of apps to assist with this. The strap can be made to fit with many classic or modern wristwatches and it can store up to five of your contacts with which you can make calls to using a basic interface on the Sgnl itself, the BCU, and a built in microphone.

Assumedly it will be able to receive calls from anyone through your phone and not be limited to just the stored five. However only having five contacts stored on the Sgnl means that the user has to take out their phone for any other contacts or functions that many other wearables might be able to perform. 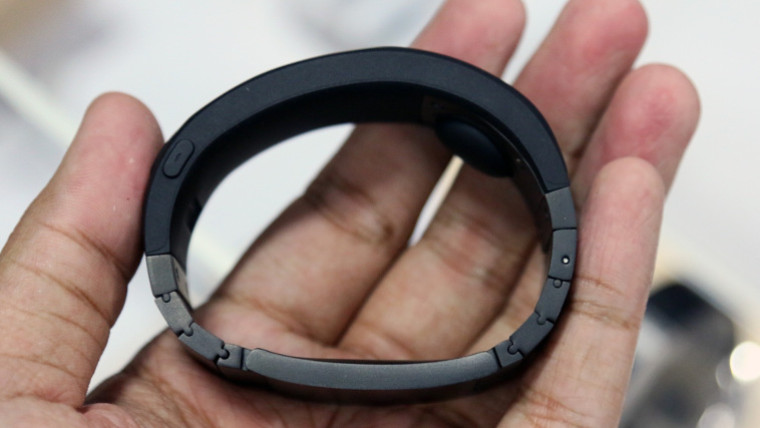 The device is iOS and Android compatible, water resistant,﻿ and has a battery life of up to 4 days in standby mode or 4 hours of call time. Overall, the Sgnl appears to be nearly ready for those of us who need to take calls quickly but also at least semi discreetly. As for anyone that just wants to look like they work for the Secret Service, this might be the gadget you were always waiting for to complete your look.