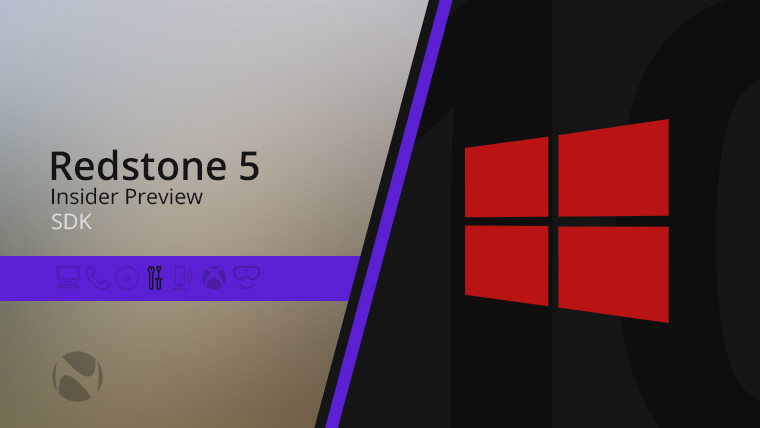 It's Tuesday, and as usual, Microsoft released a new Windows 10 SDK Insider Preview, this time bringing the build number to 17749. As is usually the case, there's no changelog that's published just yet, and it will likely show up on the Windows Blog later on.

Still, there likely isn't anything exciting that's new in the build. We're getting really close to an RTM build for Windows 10 Redstone 5, or the October 2018 Update, so Microsoft should really just be putting the finishing touches on the SDK.

The two big features in the SDK are MSIX support and MC.EXE. MSIX isn't supported by the Microsoft Store or the App Certification Kit, but it will be as soon as the company starts accepting apps that target Windows 10 version 1809 into the Store.

You can run this SDK side-by-side with other SDKs, which means that it will work in a production environment, even if you need an Insider Preview PC. You'll just need to make sure your app is targeting a production version of Windows 10 before submitting it.

To download the new SDK, you can find it here.