Microsoft continues to make improvements to its To-Do app, which, following the demise of Wunderlist, still hasn't fully caught up in terms of features. Regardless, To-Do has picked up a lot of additions over the past couple of months and today, Microsoft is adding support for inking inside the app.

Based on the screenshot provided by the company, using ink is as simple as one would expect, and you can simply create notes with a pen instead of a keyboard. The feature is rolling out to Insiders right now, and it may not show up for everyone right away. 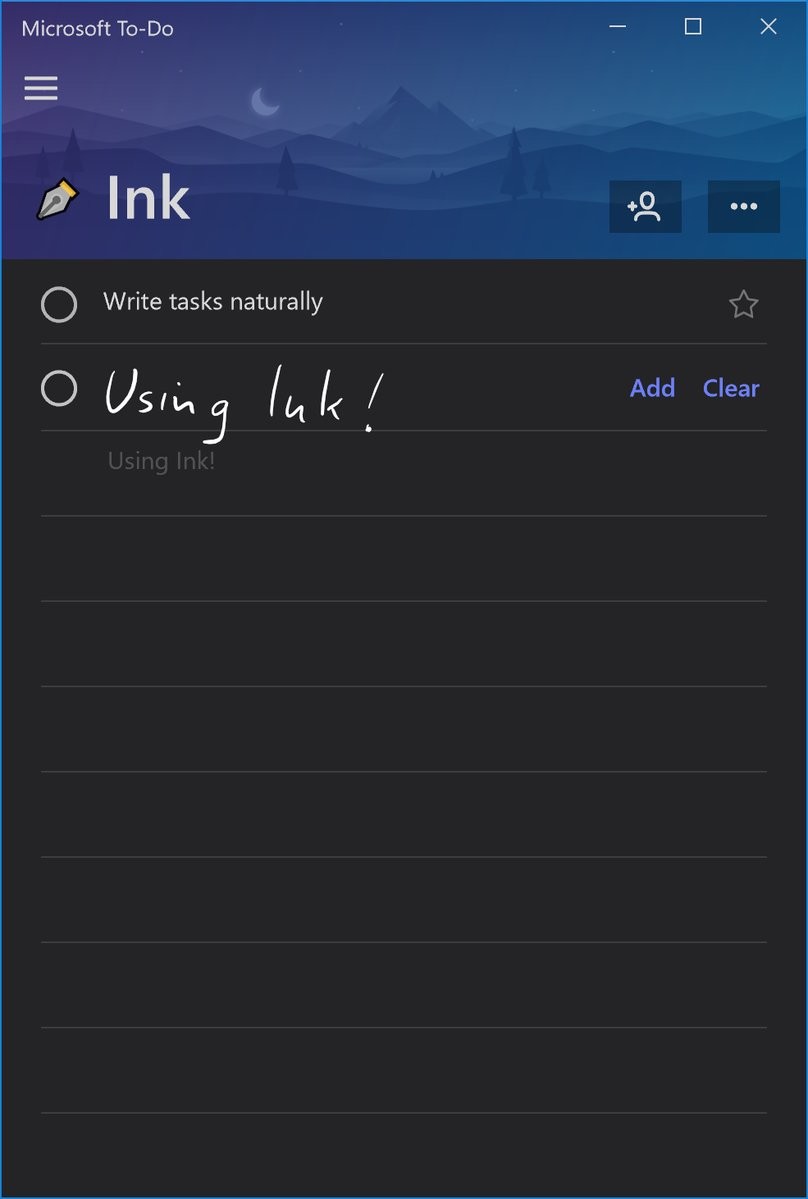 For all the enhancements To-Do has received recently - such as shared lists, a dark theme, and support for hashtags - Microsoft seems to be overlooking some major pain points that have afflicted those who used Wunderlist. Cortana still connects to the now-defunct service for creating tasks, as does Microsoft's Launcher for Android, which hasn't changed its behavior despite the many recent updates.

Nonetheless, if you'd like to try out Microsoft To-Do, you can download it from the Microsoft Store here. As we mentioned above, you'll need to be an Insider to access the new inking feature for now.