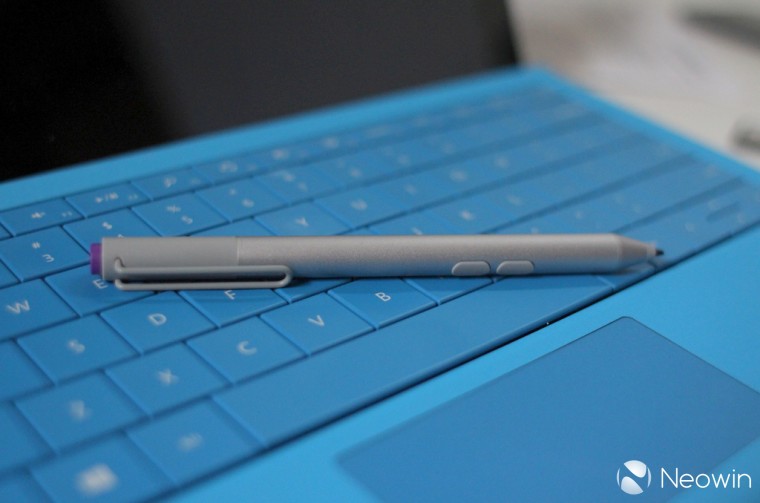 During a session entitled "Designing Great Hardware for the Windows 10 UI" at their WinHEC conference, Microsoft announced that Windows 10 expands support for precision touchpads and touchscreens as the cost of the new technology has been "significantly reduced".

The new gestures replace the edge gestures on Windows 8.1 to allow for multi-touch gestures in Windows 10. Many of these are similar to touchscreen gestures but work on a touchpad, such as pinching to zoom and tapping and sliding with a single finger. 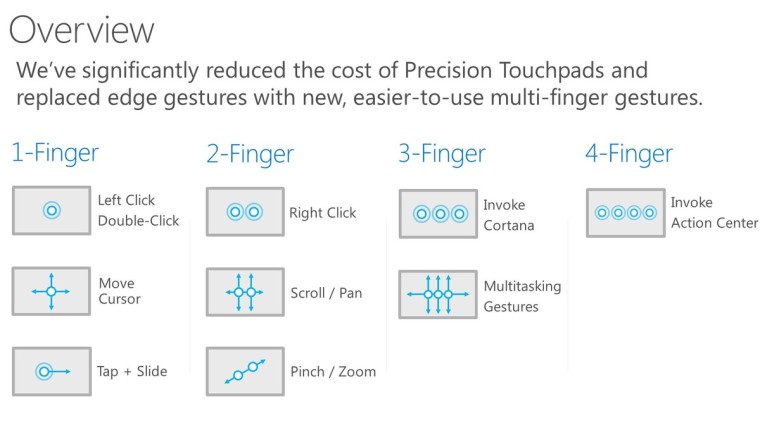 Apple currently rules the roost in terms of touchpad design and software implementation; so it's nice to see that Microsoft is working hard to reduce the entry costs for high-end trackpads. It's also good to see that they are implementing software support for a myriad of different gestures that should make consumers interactions with the OS a bit easier.

Microsoft has also expanded the uses of a digitizer around the edge of the screen meaning that more Windows 10 devices should support edge-based gestures. A number of different functions in Windows 10 are achieved through swiping from various edges, such as summoning the Action Center, and these uses are only set to increase.