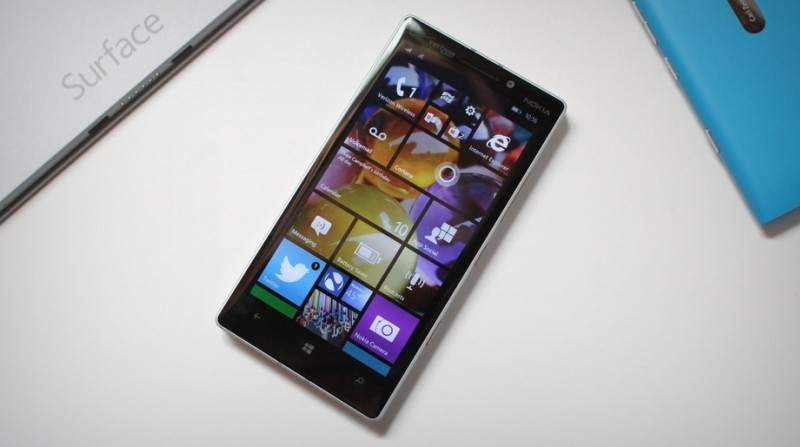 At a presentation entitled "Wireless Networking in Windows 10" at its WinHEC conference in China, Microsoft has announced that wireless payments are coming to NFC-enabled devices running Windows 10, with a similar payment style of that used by Apple Pay.

Spotted by Windows Central, Windows 10 will come equipped with a technology called Host Card Emulation (HCE) which allows the user to transmit information - in this case payment information - from the device to an NFC terminal equipped to receive wireless payments. The slide lists Visa, MasterCard and AMEX as partners. 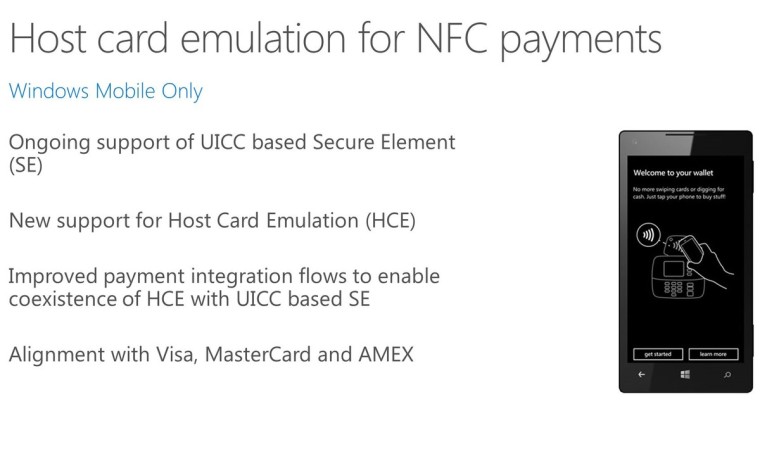 Previous mobile payment efforts have been made on Windows Phone, with a "Tap to Pay" app being released by Softcard in 2014 but it was later shut down after the company was acquired by Google.

HCE capability is also found in Android version 4.4 KitKat and above, giving retailers a large potential market of customers who wish to use wireless payments. At its "Spring Forward" event, Apple announced that over 700,000 locations support the service, increasing consumer awareness about paying from a phone but for its own Apple Pay service.

There are already a range of functions that NFC can perform on Windows Phone and we will likely learn more about payments at Microsoft's Build 2015 conference.