Like a lot of different OSs, among other products, Microsoft too provides a bunch of default applications with its Windows 11, Windows 10, and others. And while some users who use these apps find them helpful, others may probably feel they are more of a bloatware.

And if you are in the second category of users, then you may often wonder how much of your disk's storage space do these apps take up. A new report from Oofhours sheds light on this very question.

Using the superpowers provided by PowerShell, the site was able to figure out the reported sizes of the default Windows 11 apps as you can see in the image below. The apps have been sorted by sizes (in bytes) in the descending order meaning the Microsoft Teams is the biggest one of all as it apparently consumes 91MB. 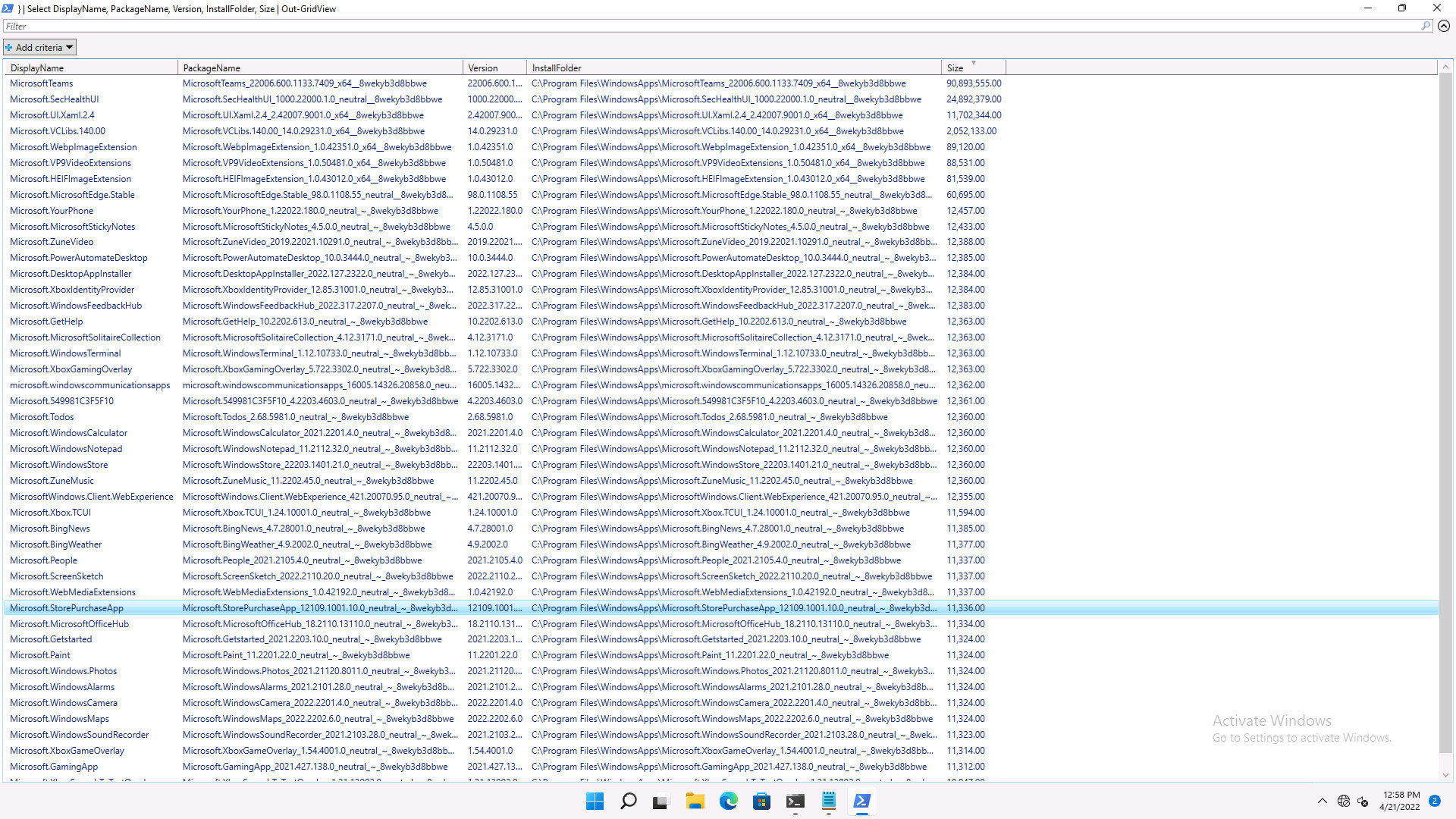 However, seeing how some of those listed apps like the Microsoft Store Purchase app are eating up only 11kB of space, some more digging around was done. It was found that there are two separate folders for it and the total size of the app was was actually around 37MB, which is seen in the "Sum" section in the image below. That's nearly a 3500 times increase from the 11kB.

Likewise, this exercise was done for all the default Windows 11 apps and the sum of the sizes of all of the apps came to a total of around 1.6GB.

While this isn't a lot of disk space for those users who use the default provided Windows 11 apps, for others who rarely or never use them, one might want to remove and "debloat" their Windows 11 installs. In that case, you can use the help of this guide written by Neowin's own Taras Buria.

Here's how you can view the sizes of all the Windows Apps in PowerShell, both the default ones and also for those downloaded from the Microsoft Store, by using the script below:

The "WindowsApps" folder however is generally hidden by default so make sure to un-hide it first.