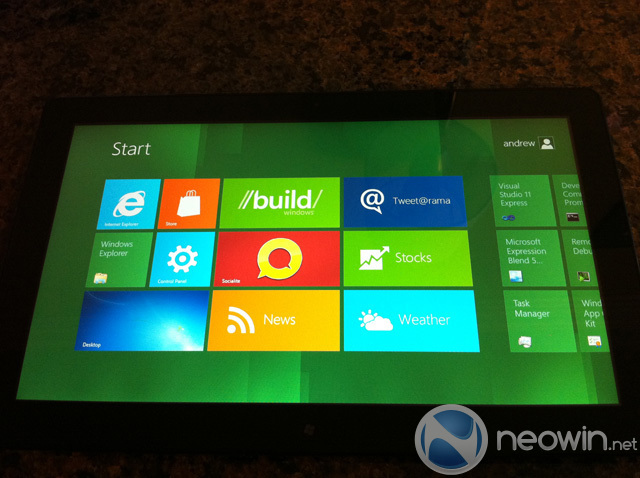 This morning, Microsoft changed everything with the announcement of Windows 8, showing off their latest OS which really is their "biggest bet yet." The company unveilved it's new touch interface, developer tablet PC's and talked about some other new features.

The developer center is now live, and Windows 8 is now available for download from this link. The vanilla builds for x64 can be obtained here (3.6GB), and x86 is available here (2.8GB). Windows Server 8 developer builds are also available from MSDN for subscribers right now.

The Windows Developer Preview is a pre-beta version of Windows 8 for developers. These downloads include prerelease software that may change without notice. The software is provided as is, and you bear the risk of using it. It may not be stable, operate correctly or work the way the final version of the software will. It should not be used in a production environment. The features and functionality in the prerelease software may not appear in the final version. Some product features and functionality may require advanced or additional hardware, or installation of other software.

The developer tools install (available here, in x64 only) includes:

According to Microsoft, the developer preview "works great on the same hardware that powers Vista and 7." The system requirements are:

Many are reporting the downloads to be very slow, however, if you have a MSDN subscription that method is reportedly faster right now. 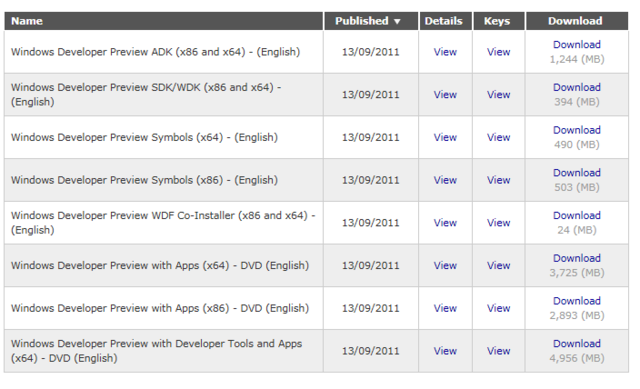