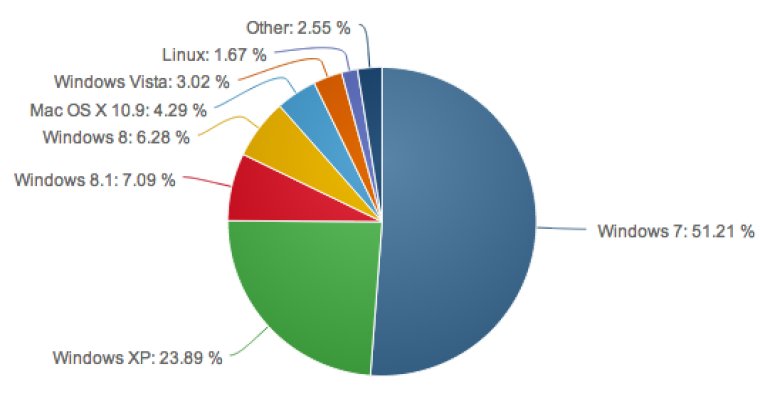 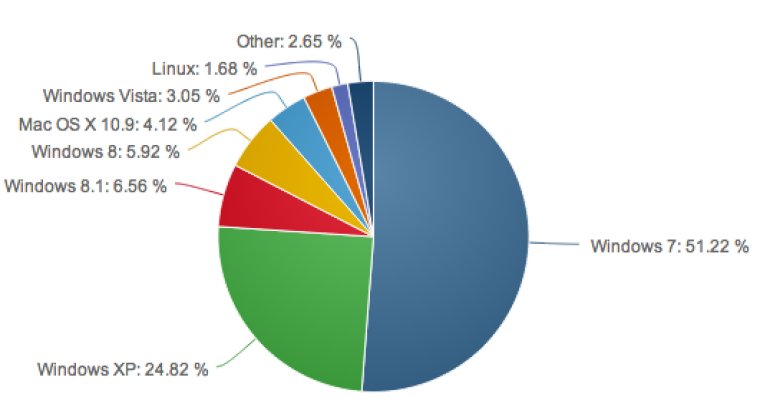 The two charts you see at the top of this post are for the month of August (left) and July (right). Based on this data, we can conclude that Windows 8 and 8.1 have grown slightly in the number of users who are actively using the platform while Windows XP has dropped roughly one percent during the last month.

During the same time period, Windows 7 usage remained flat which means that those who have left Windows XP have either gone to Windows 8, or possibly to rival platforms.

It is important to remember that these figures represent usage share of devices that are connected to the web. While it seems a bit crazy to have a machine that does not connect to the Internet, there are good reasons for not plugging in to the web and as such, those machines are not accounted for in this data.

Microsoft will surely be pleased by the fact that XP has dropped and that Windows 8 is on the rise. But, with Windows Threshold right around the corner, we will be curious to see if Microsoft is able to make a dent in the Windows 7 portion of the pie.