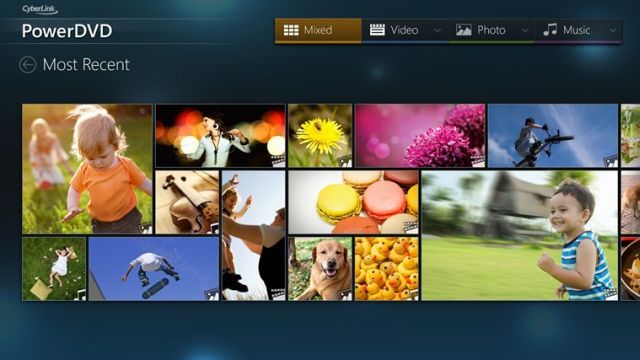 A few weeks ago, the software company Cyberlink said that Microsoft's decision to remove DVD playback from the regular version of Windows 8 resulted in a number of PC companies turning to Cyberlink to provide three of its media-themed software products pre-installed on upcoming Windows 8 devices.

This week, Cyberlink released the first public Windows 8 version of one of its software products on the Windows Store. The PowerDVD Mobile app can be downloaded (for those few people who have the RTM version of Windows 8 installed) for $14.99, although there is a free trial available as well.

The software has support for playing back videos in MPEG and MKV formats and also allows to stream content either to or from a Windows 8 device via the Charm feature. It also supports playing videos that are based on YouTube and Facebook. The app can also support playing audio files

PowerDVD Mobile for Windows 8 can also serve as an organizer for photos. Cyberlink says people can browse through photos by when they were first taken in its Calendar View and can also add special effects to photos as well. Finally, it allows for the creation of custom playlists for videos, audio and photos.

This is likely just the first of many Windows 8-based apps from Cyberlink and we will keep you up to date if any more are released before Windows 8 itself is launched on October 26th.