Today, Microsoft made available a website advertising the new Windows Live Wave 4 for a short period of time. The website, found at https://windowslivepreview.com/ only contained one page, and one video has been up and down all day. There is also a similar URL also registered to Microsoft, which has not yet been available, at https://www.hotmailpreview.com/.

The webpage confirms the leaked Windows Live Messenger for iPhone which Neowin reported on today (shown in the lower middle of the screenshot is Windows Live Messenger on an iPhone), as well as the integration of Facebook Chat and video messages into the messenger, as well as enhanced Windows 7 integration, and more tightly knitted social networking. It also reveals that HD video chat will be available in the latest version of messenger.

Neowin recently revealed the leak of the latest version of Windows Live Messenger, and showed the new user experience, as well as a glimpse at what some of the features could be.

The preview website has now been updated to show that the site is the "Windows Live Reviewers Guide", and it will be released on the 28th. It appears a beta or preview version of the software could be imminent, so keep your eyes peeled. We will update you as news breaks. 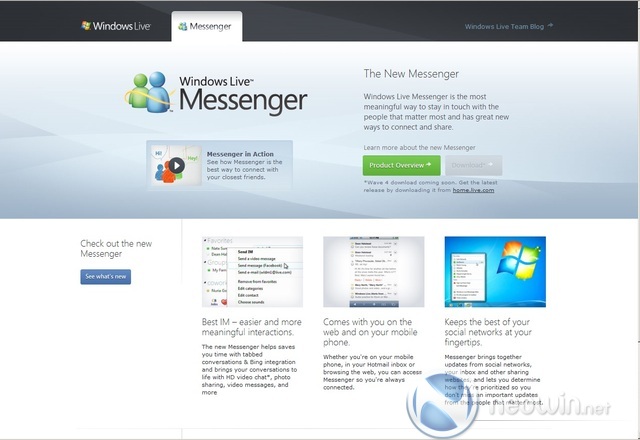