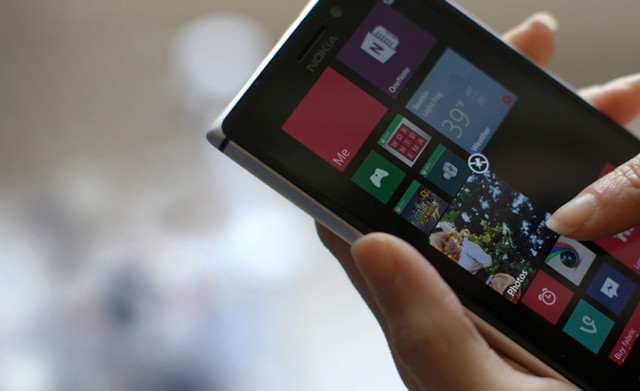 Windows Phone 8.1 was finally announced early last week, and its most hyped feature by far is the new Cortana voice-controlled assistant. But the update also has a slew of other features, including Word Flow -- Microsoft's answer to the popular virtual keyboard Swype.

Unlike normal on-screen keyboards, Word Flow allows you to type text messages with the swipe of a finger. In addition to ease of access, this "slide-to-text" feature is favored for its noticeable speed over traditional texting, and Microsoft's Word Flow may just be the fastest on-screen keyboard in the world: The app shattered the Guinness World Record for "fastest time to type a text message on a touchscreen" with a speed of just 18.43 seconds.

According to Guinness World Records, previous title-holders have clocked in at speeds ranging from 35.54 seconds to 18.53 seconds. In order to be considered for the world record, contestants must type the phrase "The razor-toothed piranhas of the genera Serrasalmus and Pygocentrus are the most ferocious freshwater fish in the world. In reality they seldom attack humans." - not an easy feat even on a fully-fledged keyboard.

Windows Phone 8.1 is slated for release on April 14th, and there's a lot of hype to keep us occupied until then. Between Cortana, Word Flow and the rest of the new features included in Windows Phone 8.1, Microsoft's mobile game is looking strong for 2014.

You can see a video of the record-breaking text below: