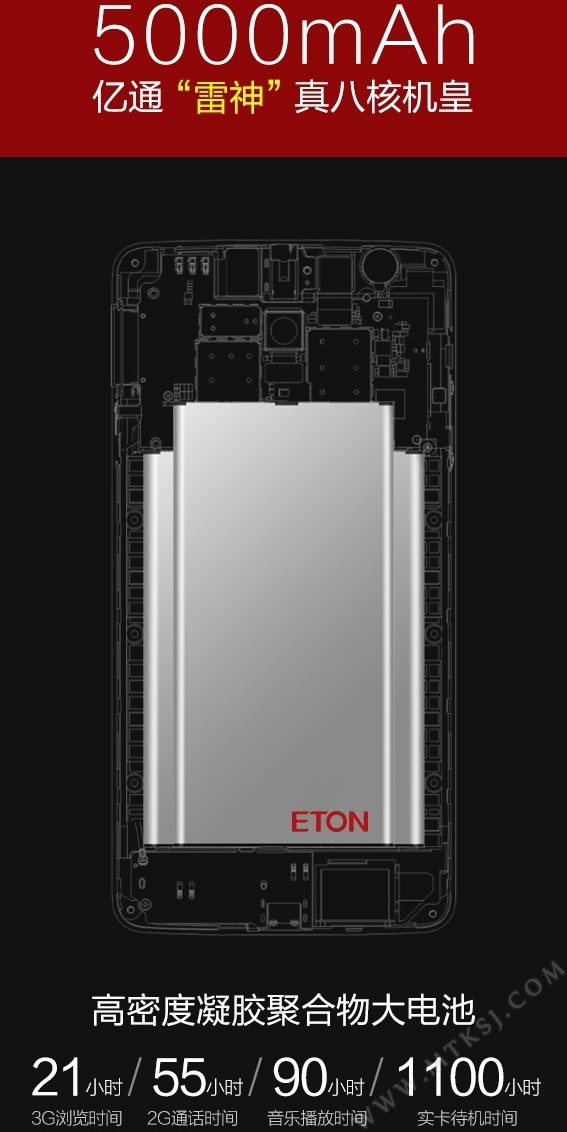 Something that often confuses the general consumer is why there is a fascination with making things smaller and lighter, especially when it comes to smartphones. An example is the Gionee Elife S5.5 which pushed the limits and managed to get the form factor down to 5.55mm at its thickest point, but it had many people trying to understand the point of making things so thin, and expressing that they would rather have larger capacity batteries.

More often than not, the tech industry performs these feats as an engineering proof of concept; it paves the way for future generations of phones to be able to pack more features into a smaller form factor.

Taking the lessons of yesterday, the Chinese company Eton has decided to manufacture a smartphone that is 9mm thick-- just slightly thinner than the iPhone 4S-- yet it has a giant 5000mAh battery that the manufacturer claims will deliver a whopping 1100 hours standby (that's just short of 46 days for those who don't want to pull out their calculator).

The Eton "Thundergod" (or "Thor") is powered via the eight-core Mediatek MTK6592 chipset, clocked at either 1.7ghz or 2.0ghz. No details on what sort of display the Eton smartphone will have, however it will pack a Mali-450 GPU and a very reasonable 2 GB of RAM. Given that it has a Mediatek chipset however, it will most likely only run Android 4.2.

This is a large step up from Lenovo's large battery smartphone offering: the S860 that is due to be released in a couple of months is thicker than the Eton Thundergod and has 20% less battery life.