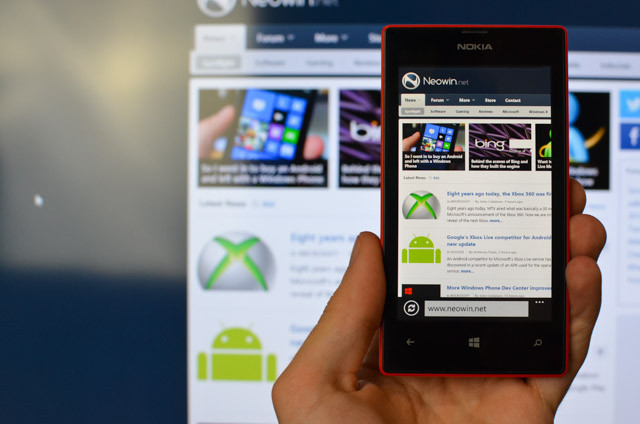 According to a new research report by Kantar Worldpanel, Windows Phone devices now make up a larger portion of the smartphone market than iPhones in Italy, and one in 10 smartphones in the five major European markets (the U.K., Germany, France, Italy and Spain) now run Windows Phone. Kantar's research note states Windows Phone is making "rapid progress" in both Europe and emerging markets, such as Latin America.

In terms of smartphone sales, Windows Phone was the only operating system to see a year-over-year market share increase in both the U.K. and Germany. In the former, Windows Phone was installed on 4.2 percent of devices sold in September 2012 versus 7.2 in September 2013; in the latter, devices with the smartphone OS grew from 2.5 percent to 8.5 percent over the same time frame.

Some of Windows Phone's gain seems to be coming from BlackBerry's misfortune, as that smartphone OS declined in all major markets except Australia.

Though Windows Phone continues to remain significantly behind Android and iOS in the U.S., news was even good for Microsoft on its home turf. Windows Phone's share of smartphone sales increased 1.9 percent this September over last September, the largest growth for any smartphone OS. iOS, by comparison, grew 1.3 percent, while Android and BlackBerry declined 2.5 percent and 1.2 percent, respectively.

The recent release of Apple's iPhone 5s should help the growth of iOS in coming months, though Microsoft also updated its smartphone OS with Update 3, bringing support for large-screen devices and quad-core processors. Nokia announced several new products, including the 6-inch Lumia 1520, to go alongside the release.

Microsoft is expected to release its first major upgrade to Windows Phone 8 early next year, bringing new features such as a notification center to the platform. Windows Phone 8.1 is also rumored to bring Microsoft's smartphone OS closer to its desktop OS, with the company's operating systems teams now working closer together. Microsoft's acquisition of Nokia's devices unit is also expected to close around the same time, though closer collaboration between the two companies will likely take up to a year before it's seen by consumers.

Source: Kantar Worldpanel via The Next Web