With today's announcement from Microsoft that Windows 8.1 will launch worldwide on October 18th, the company has revealed that its latest Windows Server version will also launch on that same day. 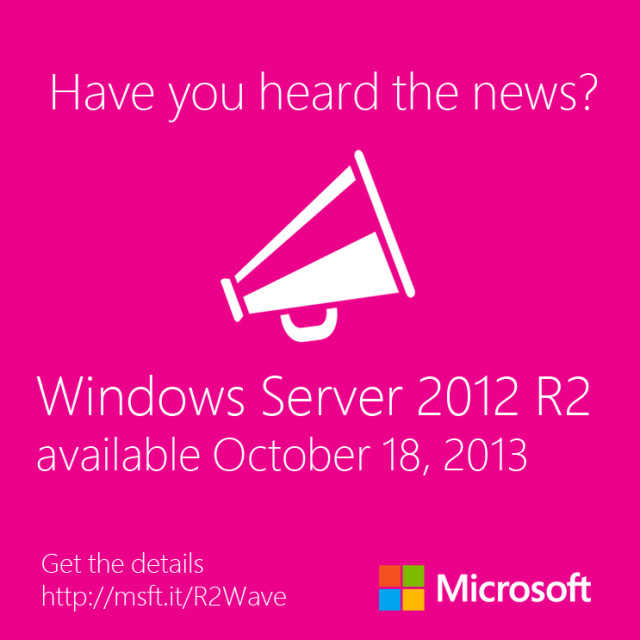 In a blog post, Microsoft said that not only will Windows Server 2012 R2 launch on October 18th, it will also release System Center 2012 R2, and the latest update to Windows Intune on that same day. The blog states, "We’ll make evaluation versions available through the TechNet Evaluation Center, and these products will be available for new purchases when they hit the price list on November 1st."

Microsoft will be adding a number of new improvements and changes for Windows Server 2012 R2, including better hard drive performance, a new in-box gateway to allow for connections to both physical servers as well as virtual networks on the Internet and more; the company has already released a preview version of the OS.