The Windows 8 Consumer Preview version, due to launch on February 29, will be the first time that the general public will get to check out and use Windows Store, the downloadable app feature for Microsoft's next operating system. The latest post on Microsoft's official Windows Store blog site gives more information to developers on how to submit apps for the download store.

Written by Microsoft's Jonathan Garrigues, a Program Manager on the Developer Experience team, the blog first talks about how Microsoft went about creating the design to submit apps for Windows Store. Garrigues states:

We established that setting time and complexity expectations up front is important and that we needed to provide a straightforward path toward submission while still offering flexibility in how developers explore and consider their options. We also learned that the process of thinking through the options for publishing an app—basics like markets, price, trials, and in-app offers—frequently inspire developers to add new features and change some code. 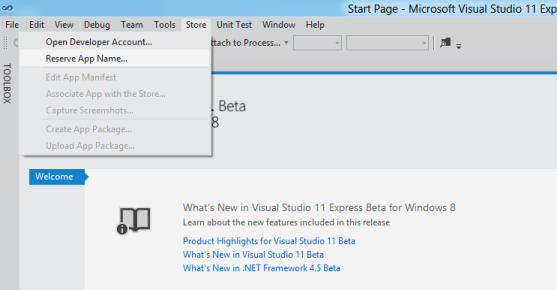 One thing that Microsoft wanted to do is encourage app developers to actually check out the Windows Store developer portal before they began the process of designing apps for Windows 8. One advantage on this front is that developers can go ahead and reserve a name for their app before they actually submit it so their name can't be used by anyone else. 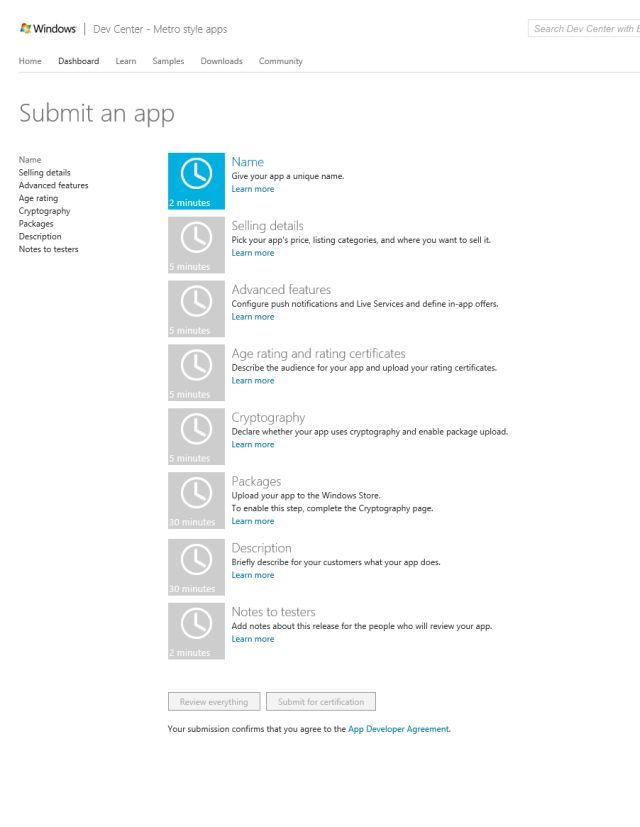 Microsoft also showed on the blog some of the other steps needed to go through the Windows Store application process, including setting the app's price, the age and rating numbers, adding in game app options, establishing a free trial version and more.

Microsoft also offers app developers the Windows App Certification Kit, which allows them to test our their creations before they are submitted to Windows Store in order to find any last minute bugs that might keep the app from being certified from being sold on the store.

The app submissions process gives developers a way to put in bullet points describing the app, as well as screenshots.  The process to fill out all of the required forms can take a while so Microsoft has added a way to save the progress and "go catch your bus" as Microsoft says. App developers can go back later and complete the process. 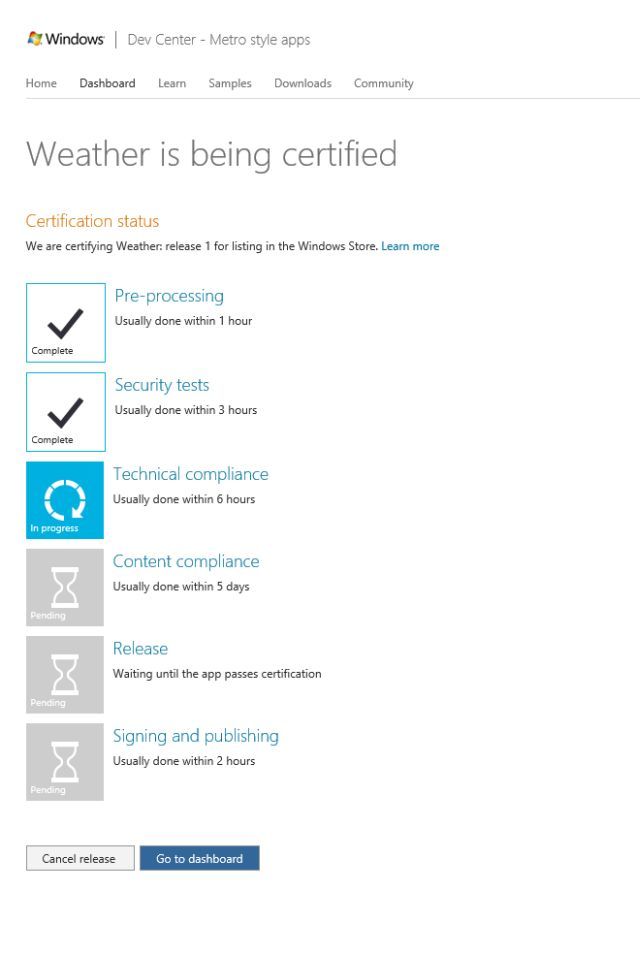 Once a Windows 8 app is submitted for Windows Store, an app developer can check out the certification process step by step. Passing the process means that Microsoft has, among other things, checked to see of the app has any malware or viruses and it also complies with Microsoft's content polices. The final step is Microsoft signing off on the app with a "trusted certificate" which basically means that the app has been given its full approval by Microsoft and that consumers can download and purchase the app with no fear that anyone has tampered with it.

Once that is done, the app is listed on Windows Store and is (hopefully) downloaded and/or bought by all those Windows 8 users.