According to Microsoft Kitchen, Jeremiah Whitaker, who is a freelance UX designer that's done some prototype work for the Windows Mobile 7 team, has posted some interesting mockups on his personal site (ascendesign) that seem to be Windows Mobile 7 related. The mockups contain gestures and controls that will, allegedly, be part of the new interface. Whitaker didn't flat out say that the mockups were for Windows Mobile 7. However, his involvement with the team, plus the comment below, seems to imply that they are.

"NDA dictates I keep this vague. For a leading cell platform I created UX flows of common controls and usages. After client review I created flash demos. Those demo's were then reviewed and passed on to SectionSeven development to create interactive prototypes. This process allowed for very efficient UX development."

Whether these gestures and controls will make it into the final release of Microsoft's highly anticipated mobile OS or not is unknown. What's clear, is that Microsoft has been seriously working on gestures and their role in mobile technology. You can see gestures such as pinch-to-zoom in the image below. We know that Microsoft has already included such gestures in Windows 7 and the Microsoft Surface. It seems pretty reasonable to think that they'd also include them in Windows Mobile 7. 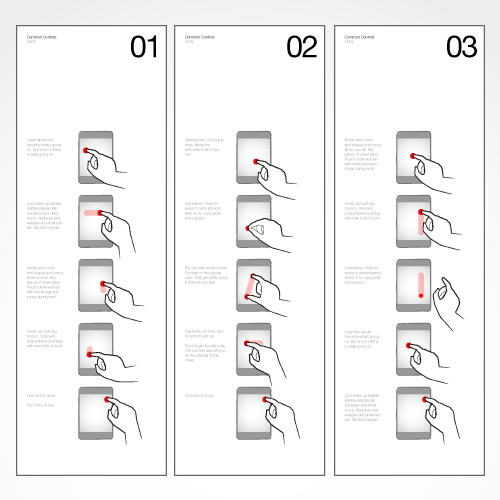 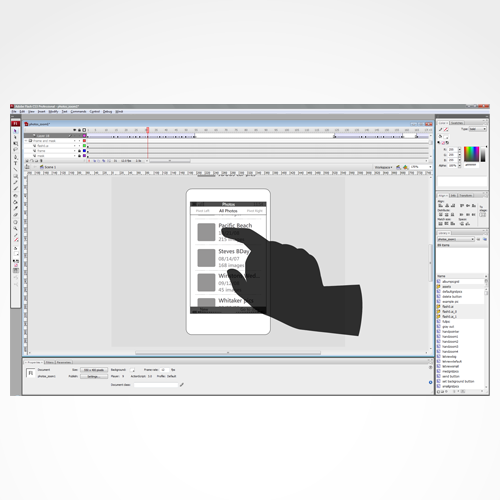