The world just lost another genius. She might not have been as famous as Steve Jobs or Dennis Ritchie, but Arfa Karim had an astonishing knowledge of technology, so much so that she became a Microsoft Certified Professional seven years ago, at the age of 9. News Pakistan reports that Arfa passed away after spending 26 days in a hospital.

The 16 year old Arfa suffered an epileptic seizure and went into cardiac arrest on December 22, and had been in a coma since then.

Although she was born in Pakistan, a country that's not exactly thought of a a technological powerhouse, that didn't stop Arfa from mastering technologies that many adults struggle with before her 10th birthday. Back in 2005, she met Bill Gates while visiting the Microsoft campus in Redmond. If that isn't enough of an accomplishment, she received certification to fly a plane in Dubai when she was just 10. 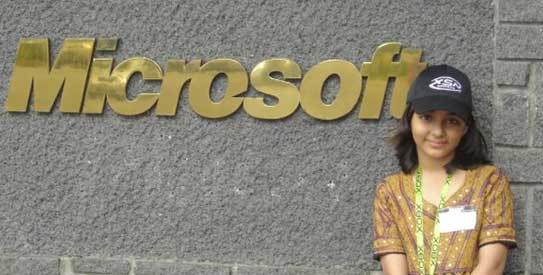 Gates got into contact with Arfa's parents a few days ago and offered to help pay for her treatment, and assembled a team of American doctors to oversee Arfa's treatment via video conference, and they had discussed bringing her to the US for further treatment. Unfortunately, it was not to be.

Arfa passed away yesterday in Lahore, Pakistan. Although she was already representing Pakistan in global technological forums, it's hard not to wonder what Arfa might have accomplished if given more time. The whole world should mourn what could have been one of the great minds of the 21st century.

Thanks to Neowin member Scrinner for the tip.

You can share your thoughts and wishes for Arfa and her family on the Neowin Forums.