At its CES 2022 event in January, Nvidia for the first time introduced the world to the RTX 3090 Ti and promised more details later in the month. However, that didn't happen and reports of Nvidia ceasing production of the 3090 Ti began emerging as it missed its initial January 27 embargo date where it was supposed to be on-shelf. Later on, the rumor mill even suggested that Nvidia was going to delay the 3090 Ti "indefinitely" due to PCB design issues.

Despite so much negativity around the product's launch, there appears to finally be some positive development. A couple of days ago, Chiphell rumors, which are more than often true, claimed that a launch was finally going to happen on March 29. And now the rumor is backed by some more evidence that suggests Nvidia could finally be launching the RTX 3090 Ti on that date.

In fact, according to the report, which is an image that shows the purported launch, review and on-shelf embargo dates for the 3090 Ti, they are all going to happen on the same day, ie, March 29. 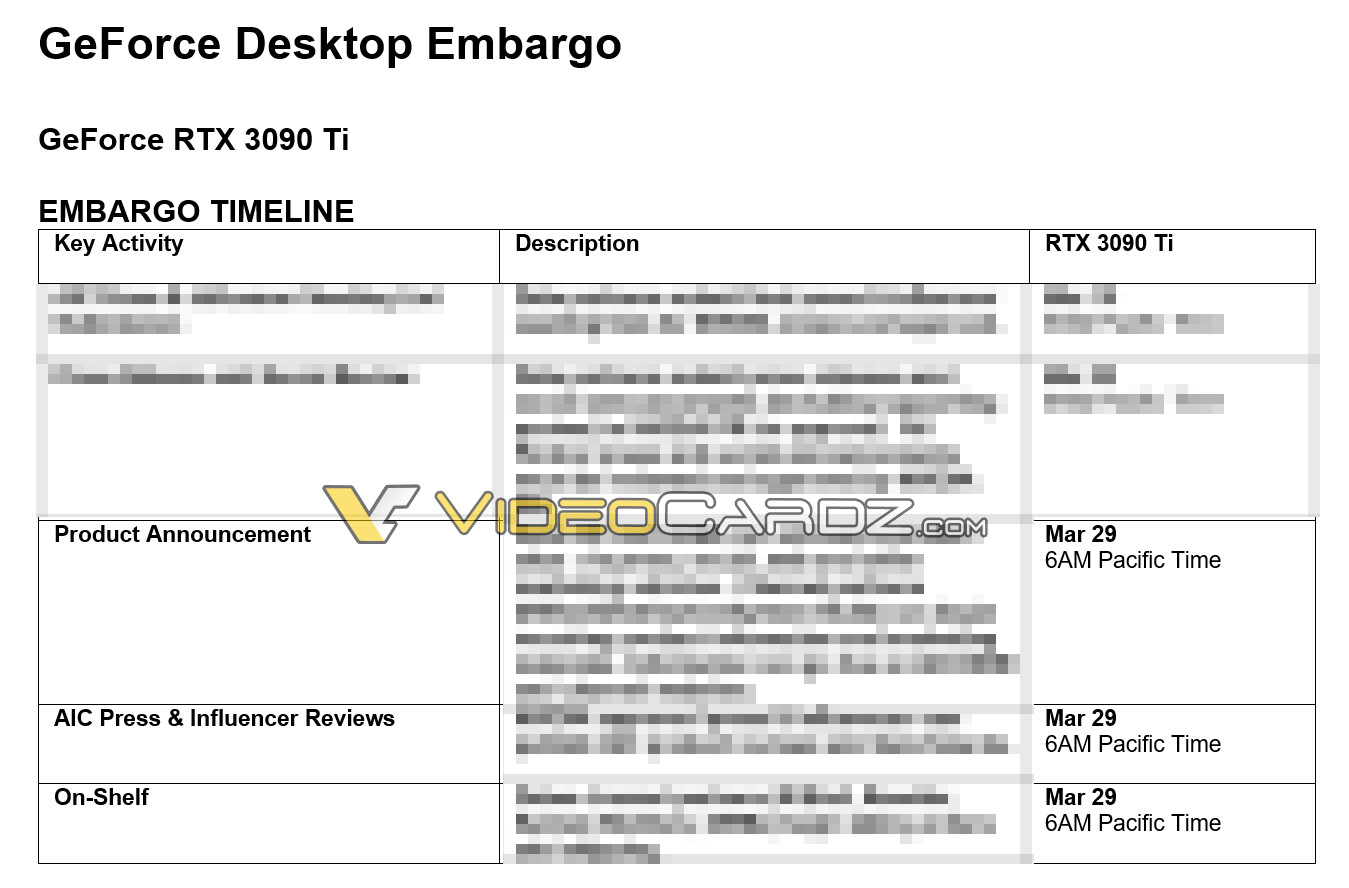 This suggests Nvidia probably doesn't want potential RTX 3090 Ti buyers to be influenced by possible poor reviews. While the Ampere architecture itself has proven to be more than good, the 3090 Ti is rumored to cost you an arm and a leg.