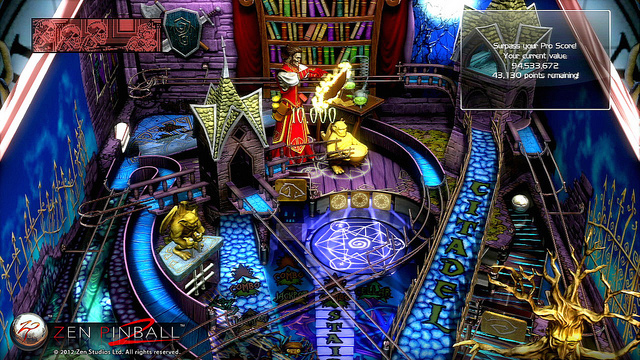 Pinball fans on the Playstation 3 console will be happy to hear that developer Zen Studios is cooking up a new version of its 2010 released Zen Pinball for both Sony's PS3 and PS Vita consoles. The company announced today that it would released Zen Pinball 2 later this spring.

Owners of both consoles will be able to take advantage of the cross-platform features, which will allow people to purchase pinball tables for the PS3 version and then add them to the PS Vita port, and vice-versa, at no extra cost. In addition, both consoles will share global leaderboards and tournaments and let friends participate in cross-platform online challenges.

As with its other pinball games, Zen Studios will release new tables as DLC content in the coming months. The first such DLC pack will be Marvel Pinball: Avengers Chronicles. This pack will contain four new tables. Three of them will be based on storylines from Marvel Comics (The Infinity Gaultlet, World War Hulk and Fear Itself) while the fourth table will be based on the Avengers movie.