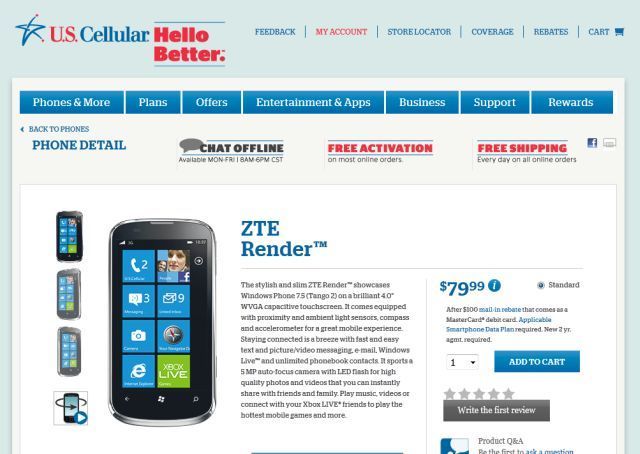 In June, it was revealed that the US government was investigating two Chinese-based smartphone and tablet companies, ZTE and Huawei, who want to expand their operations in the US. Today, the U.S. House of Representatives' Intelligence Committee is expected to release a report recommending that the two companies be kept out of the US market.

A story via Retures states that the report will show that the investigation has received "credible allegations" from unnamed sources that the two companies, and Huawei in particular, may have received subsidies from the Chinese government. The report will say that both companies" ... cannot be trusted to be free of foreign state influence and thus pose a security threat to the United States and to our systems."

Huawei is one of the four hardware partners for Microsoft's Windows Phone 8 operating system, which will launch later this year. ZTE is already selling one of its Windows Phone 7.5 smartphones in the US and plans to launch a Windows 8-based tablet, the V98, sometime in the first quarter of 2013.

Source: Reuters | Image via US Cellular