At the Google I/O conference last month, alongside the latest version of its Android OS - and its compelling new 'Material Design' visual language - the company announced Android One, an initiative intended to launch high-quality, ultra-low-cost handsets in emerging markets. 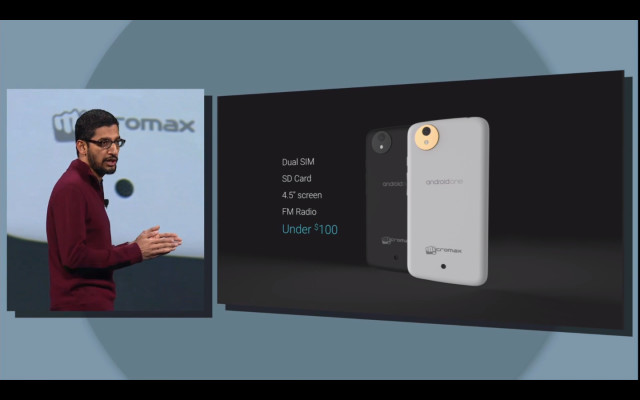 Android One differs from other super-cheap handsets flooding the market in that Google is taking a much more hands-on approach to developing these devices with its hardware partners, supplying reference designs and development guidelines to help them to create a better experience for end users. According to The Economic Times, the first Android handsets will launch in India in October, priced at around $100 USD. 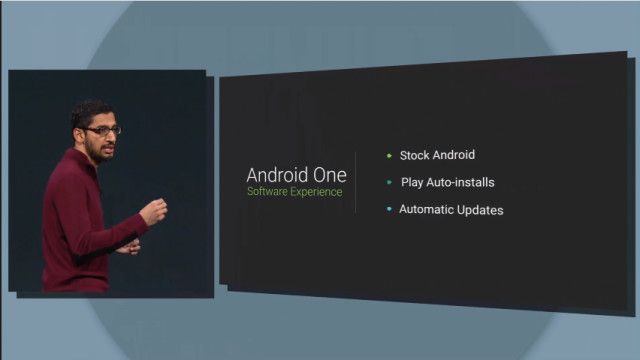 The basic specs of the first Android One devices will include 4.5-inch displays, dual-SIM, microSD support, and FM radio. They are expected to launch with the latest stock Android version - known, for now at least, as "the L release" - although manufacturers will be able to pre-load their own software on to the handsets.

Five partners have signed up to work with Google to launch devices in India: Spice, Intex, Celkon, Karbonn and Micromax. The last two on that list have also signed up to Microsoft's Windows Phone platform - Micromax launched its first such devices last month, while Karbonn is expected to announce three WP handsets later this quarter, priced from around $130.

Source: The Economic Times via BGR | images via Google I/O