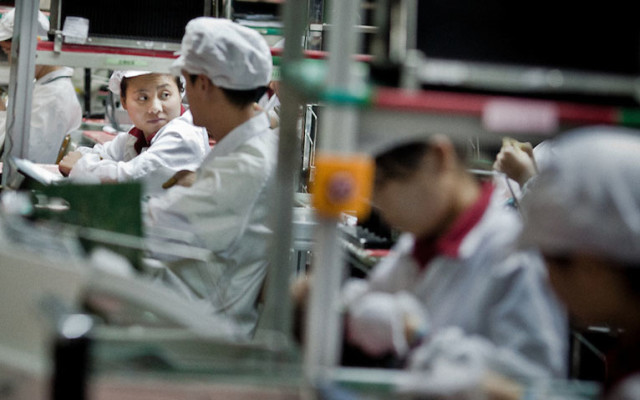 As more and more leaks show up and rumors surface around the new iPhone, the Economic Daily recently reported that the 4.7 inch variant of the next-generation iPhone can enter production in the third week of July, with the larger 5.5 inch model following it with a production date of August. Although Taiwan's Economic Daily didn't cite any sources, the news came as Foxconn confirmed hiring of 100 thousand workers, adding credibility to the claim. It has been known that Apple's Mesa, AZ plant has been producing sapphire crystal for the displays of the new iPhone for quite some time as the company has been ramping up preparations for mass production.

It has been also reported that Pegatron Corp, another Taiwanese contract manufacturer, hired over 10,000 workers this month for the production of the smartphone. All recent news indicates that Apple and its partners are hard at work to ship the next generation of iPhones on time, though the higher end model is still facing some setbacks.

Foxconn recently bought robotic production tools to increase the speed of production for new devices, and the iPhone 6 will benefit from this -- although the 5.5 inch variant is said to be facing delays and may be available as late as 2015. The 4.7 inch iPhone is expected to ship this fall.

Foxconn didn't comment on the aforementioned production dates or the recruitment process.