With a whopping 32.6 million views in 2012, the Facebook article on Wikipedia has become the most viewed English article of the year, according to statistics from Wikimedia's Toolserver. The next highest viewed page, Wiki, is a surprising one with 29.6 million views - it's this page that explains how sites such as Wikipedia function - while the third place is taken by the list of deaths in 2012 (25.4 million views). 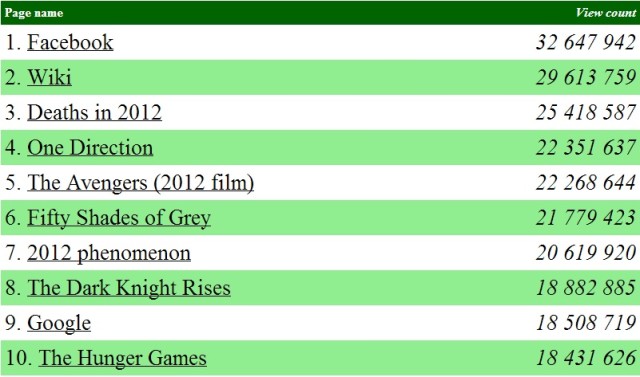 The full list of the top 100 most viewed Wikipedia articles is naturally filled with unsurprising inclusions, but nevertheless there's some strange bits and pieces in there.

It's also interesting to note the distribution of the top 100 most viewed articles. 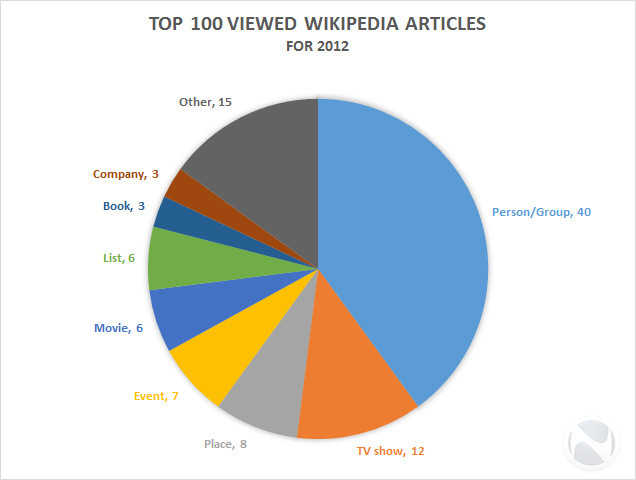 And here are the top articles from each category

The full top 100 list of most viewed Wikipedia articles can be found here, along with the lists for articles in all the other languages of Wikipedia.