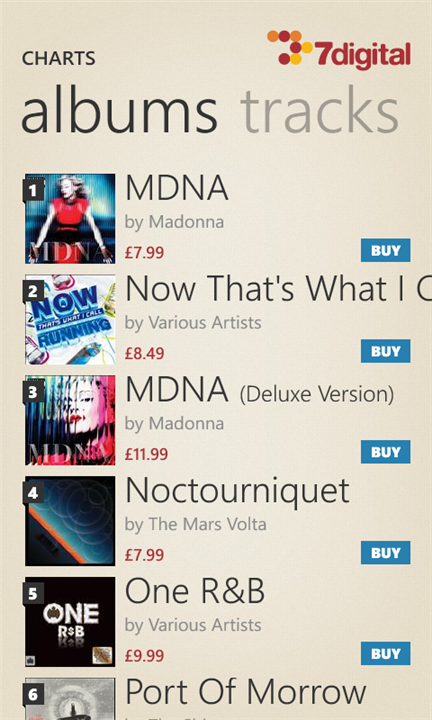 We are talking about 7digital, the music download service, with an integrated MP3 music player, that has access to over 18 million music tracks. On Friday, the company released the free Windows Phone app, joining the company's previous apps for Android, iOS and BlackBerry. The company's blog says that the Windows Phone version support many of the OS's features, including using Live Tiles so that the app's users can pin their favorite music and artist on their smartphone's start screen.

7digital now has two million users in 32 different countries and there are localized versions for the US and Europe. If you own more than one device on different platforms, 7digital allows its users to sync up their music libraries and play their tracks on any device that has its app installed.

With the launch of the Nokia Lumia 900 selling better than expected, we should see more and more of these high profile apps making its way to Windows Phone (Instagram, anyone?).