If you're on the lookout for an affordable tablet for a younger child, there are plenty of affordable options to choose from. One option that's just arrived on the market is the Kurio Smart from KD Interactive, which is marketed as a child-friendly Windows tablet.

The device sports a pretty wild color scheme, and it's also preloaded with stuff that younger users should enjoy, including games, YouTube for Kids, and "Kurio Motion 2 body-control games [which] encourage motion while gaming to keep kids moving for even more fun". It also features the same Microsoft Family Safety parental controls available on other Windows devices. 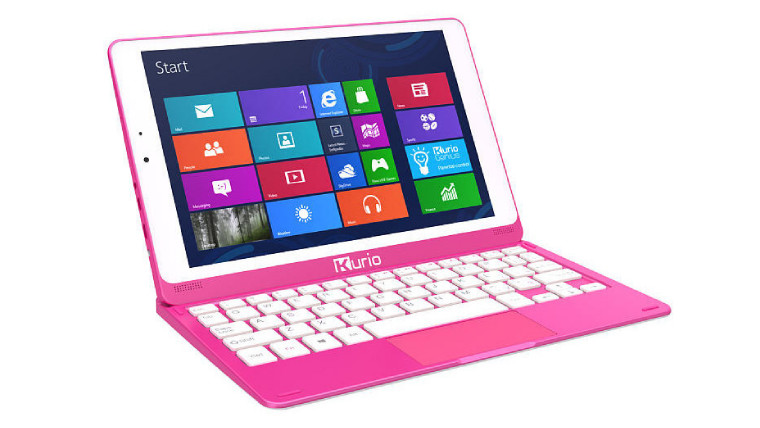 The device itself is an 8.9-inch tablet that can attach to a keyboard base, which also acts as a cover when the tablet is not in use. Its key specs include:

Unfortunately, the Kurio Smart is shipping with Windows 8.1 onboard, which suggests these devices were built some time ago, before Microsoft had completed its final launch build of Windows 10. However, like other 8.1 devices, the Kurio tablet can be upgraded to the newer OS free of charge.

It also comes with a free one-year subscription to Office 365; this is because Microsoft's new touch-friendly Universal Office apps do not work on Windows 8.1. KD Interactive will eventually ship the Kurio Smart with Windows 10 pre-installed, at which point, the free Office 365 offer will likely be discontinued on the device.