As Nvidia promises a 'spectacular surprise' with the upcoming GeForce event at Gamescom 2018 later this month, another rumor regarding Nvidia's next GPU popped up from China. A user from the Chinese website Baidu uploaded two photos of what seems to be the next-generation graphics card from Nvidia. 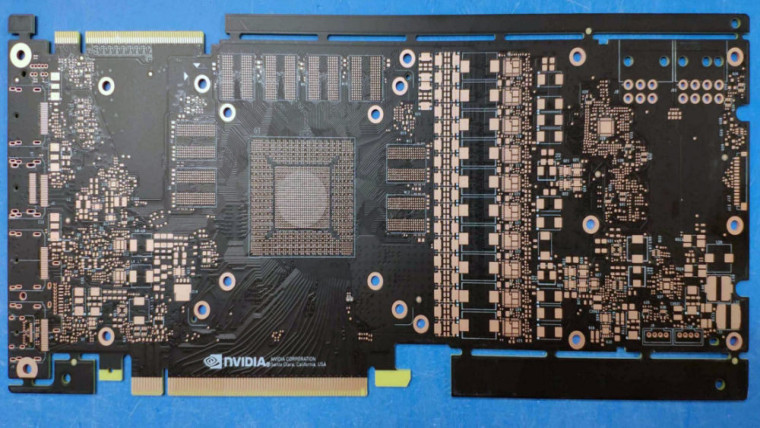 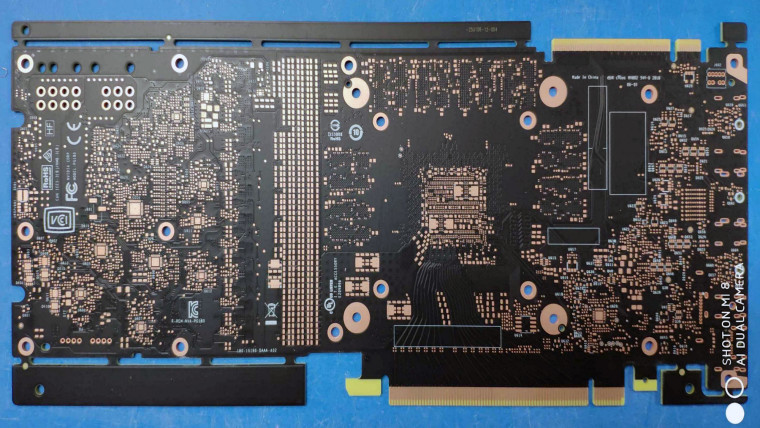 According to the analysis from VideoCardz, 8 spots for RAM chips indicate 8 or 16GB GDDR6 memory, and the board appears to be powered by 10-phase VRM and 6+8 pin power connectors. The Nvidia logo on the board suggests that the board is a reference design, and a new port for the SLI bridge suggests that the new card could be utilizing NVLink technology. VideoCardz also speculates that the relatively smaller GPU area could be occupied by the rumored GV104 GPU.

While there is no proof that the board is that of a new consumer graphics card, the overclock expert and hardware analyzer Buildzoid pointed out in a recent video that the design of the SLI connector is not that of a Quadro or Titan card, insinuating that the board is indeed made for the GTX series. The 6+8 pin power connector is also different from the 8 pin connector of the GTX 1080 Reference Board, implying that this could be a PCB design for a new card.

The follow-up reports from VideoCardz partially overlaps with the leak as well. They have found the mention of a new GPU called the GA104-400 in a leaked document from Manli Technology Group, which is based in Hong Kong, and followed up by another leaked document mentioning the GTX 2070 and GTX 2080.

Although the codenames of the GPUs are different, and none of the rumors shed light on the specification and performance of the next-generation Nvidia graphics card, they all signal that Nvidia might launch a new graphics card very soon. The GeForce event at Gamescom takes place at 6PM CET on August 20.