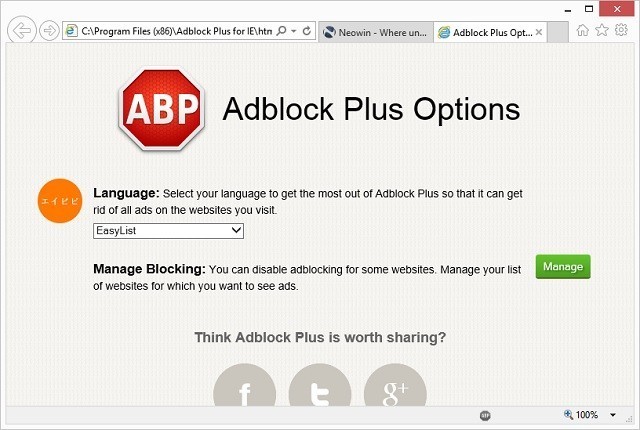 A few months ago, it was reported that the Internet adblocking service AdBlock Plus was being paid by Google so that its ads would be whitelisted from its software. While AdBlock Plus never confirmed or denied that specific report, today it did reveal some new information on just how many advertising companies are whitelisted by the service.

In a blog post, Adblock Plus' Ben Williams stated that since 2011, the service has received 777 applications from advertisers that want to be whitelisted. Of that number, just 9.5 percent were accepted. While many of them are turned down because there's a "good amount of fake applications or communication breakdowns," Williams says that more than 50 percent of the advertisers simply do not wish to conform to AdBlock Plus' own guidelines for reaching "whitelist" status.

That basically means that Internet ads with some kind of tracking, whether it is via cookies, IP addresses or some other method, violate the rules of AdBlock Plus. Williams says, "We're serious about upholding them, and we don't make exceptions." Of those advertisers that do manage to get through the process, 90 percent of them don't have to pay to be whitelisted.

Internet ads also continue to evolve, especially as more and more people access websites via mobile devices. Williams says, "Stopping annoying ads is indeed a start, but unless the Internet dies tomorrow we're ready to do a whole lot more."