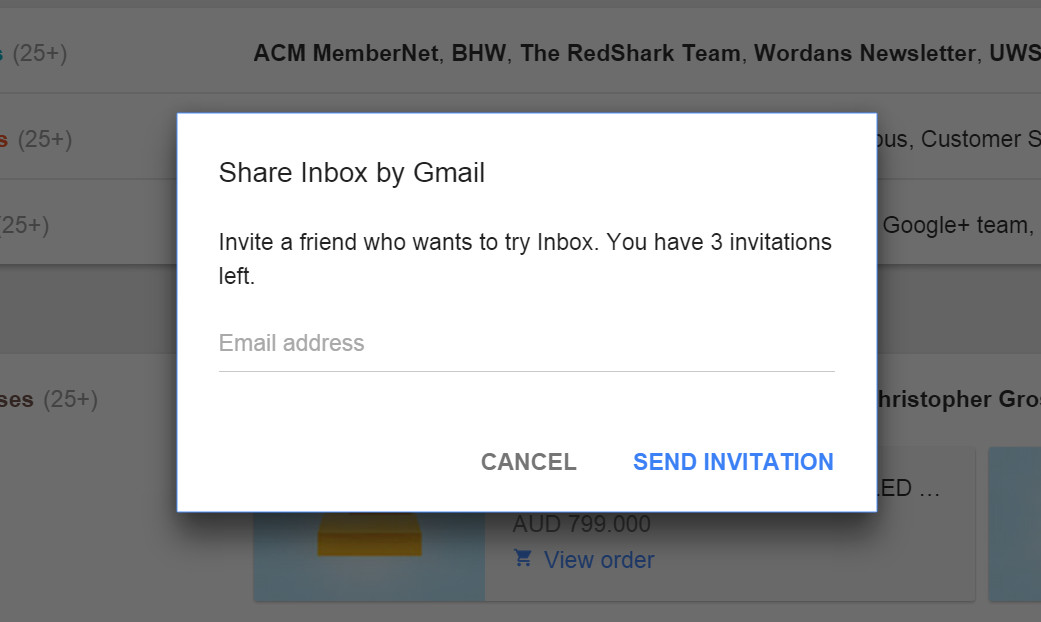 Another week, another round of Google Inbox invites have been released. Google has been slowly distributing invites for those who requested it, but every user of Google Inbox is given three invites every week to pass onto their friends and family.

Not all of us have friends and family that are so lucky to have their own Inbox invites to begin with, however, and not all of us want to pay $200 for an invite, so we've started an invite chain in the forums.

There are some caveats: