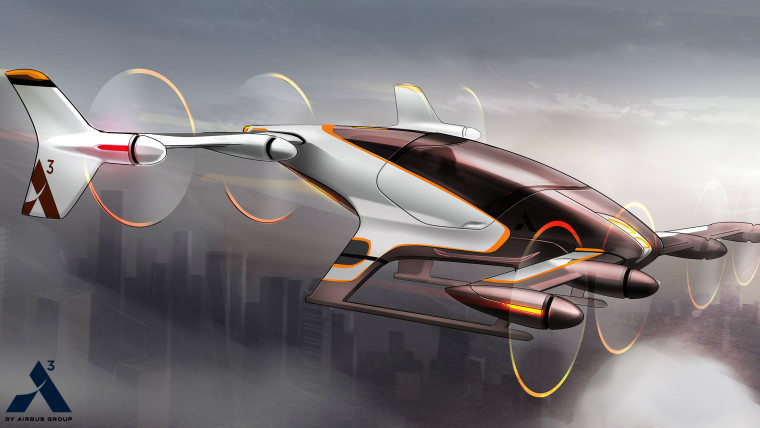 To some, flying cars are may appear to be just another flight of fancy, along with rocket-boosted jet-packs and gravity defying hoverboards. However, European civil aircraft manufacturer, Airbus, is planning to bring the concept of flying cars just that little bit closer to a reality.

A few months ago, Airbus formed a separate division called Urban Air Mobility with the intent to research ambitious concepts which include single passenger vehicles and a helicopter-like transporter capable of carrying multiple passengers. There is one project, however, that appears to be given the green light.

Airbus Group Chief Executive, Tom Enders, stated at a technology conference in Munich, Germany, that the company is preparing to test a prototype of an autonomous, single-seat "air taxi" by as early as the end of this year.

During the technology conference, Enders stated:

"One hundred years ago, urban transport went underground, now we have the technological wherewithal to go above ground."

"We are in an experimentation phase, we take this development very seriously."

The company also recognizes that such technologies would have to be clean to avoid further polluting congested cities. This may also greatly reduce the cost for city infrastructure planners by investing less money in concrete bridges and roads.

Airbus envisages a future where we may depend on such autonomous vehicles in which you are able to book flying taxis through an app, similar to Uber. Potentially, this book-to-fly service could be of use for individuals who have enjoyed a night out but are not fit to drive a manually operated vehicle.