Today at MWC, TCL Communications has a bunch of announcements to make. In addition to the BlackBerry KEY2 Red Edition, the company also has some news under the Alcatel brand, introducing new members of the Alcatel 1 and 3 families, plus the Alcatel 3T 10. As usual, these phones try to offer decent hardware at very competitive prices.

Starting at the low end, we have the Alcatel 1S, a successor to last year's 1X. It features an HD+ (1440x720) FullView Display in the 18:9 aspect ratio, 3GB of RAM, 32GB of internal storage, and a 3,060mAh battery. The processor doesn't come from Qualcomm nor MediaTek, it's actually made by a company called Unisoc (formerly Spreadtrum), and it's an octa-core chipset.

It also has a dual-camera setup on the back, with the main sensor being a 13MP shooter interpolated to 16MP, while the secondary sensor is just 2MP. On the front, there's a 5MP camera interpolated to 8MP. There's also a fingerprint reader on the back, it's the only one of today's announcements to ship with Android 9 Pie. 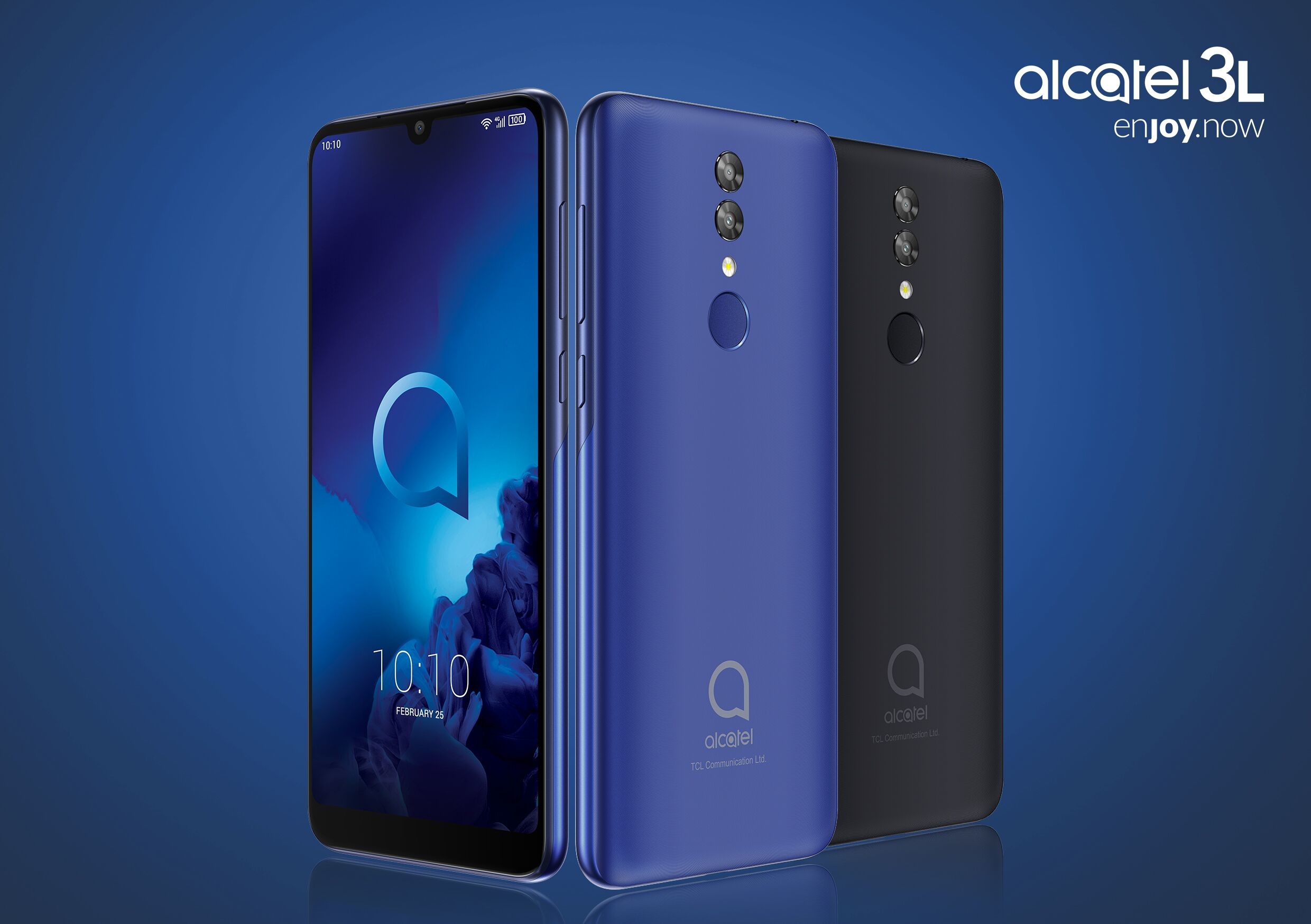 The Alcatel 3L is more expensive than the 1S, but some of the specs may lead you to believe otherwise. It has just 16GB of internal storage and 2GB of RAM, but it does use a more popular Snapdragon 429 chipset, which is quad-core at 1.8GHz. It also ships with Android 8.1, though the update to Pie is promised shortly after launch, and it lacks a fingerprint scanner.

The big advantages here are the taller HD+ (1560x720) Super FullView 19.5:9 display with a teardrop notch, the 3,500mAh battery, and some better cameras. The dual camera setup on the back uses a 13MP (interpolated to 16MP) and a 5MP shooter, and on the front, there's an 8MP shooter interpolated to 13MP.

Much like the 1S, the Alcatel 3L will launch in the second quarter, and it'll come in Anthracite Black and Metallic Blue. It will start at €139. 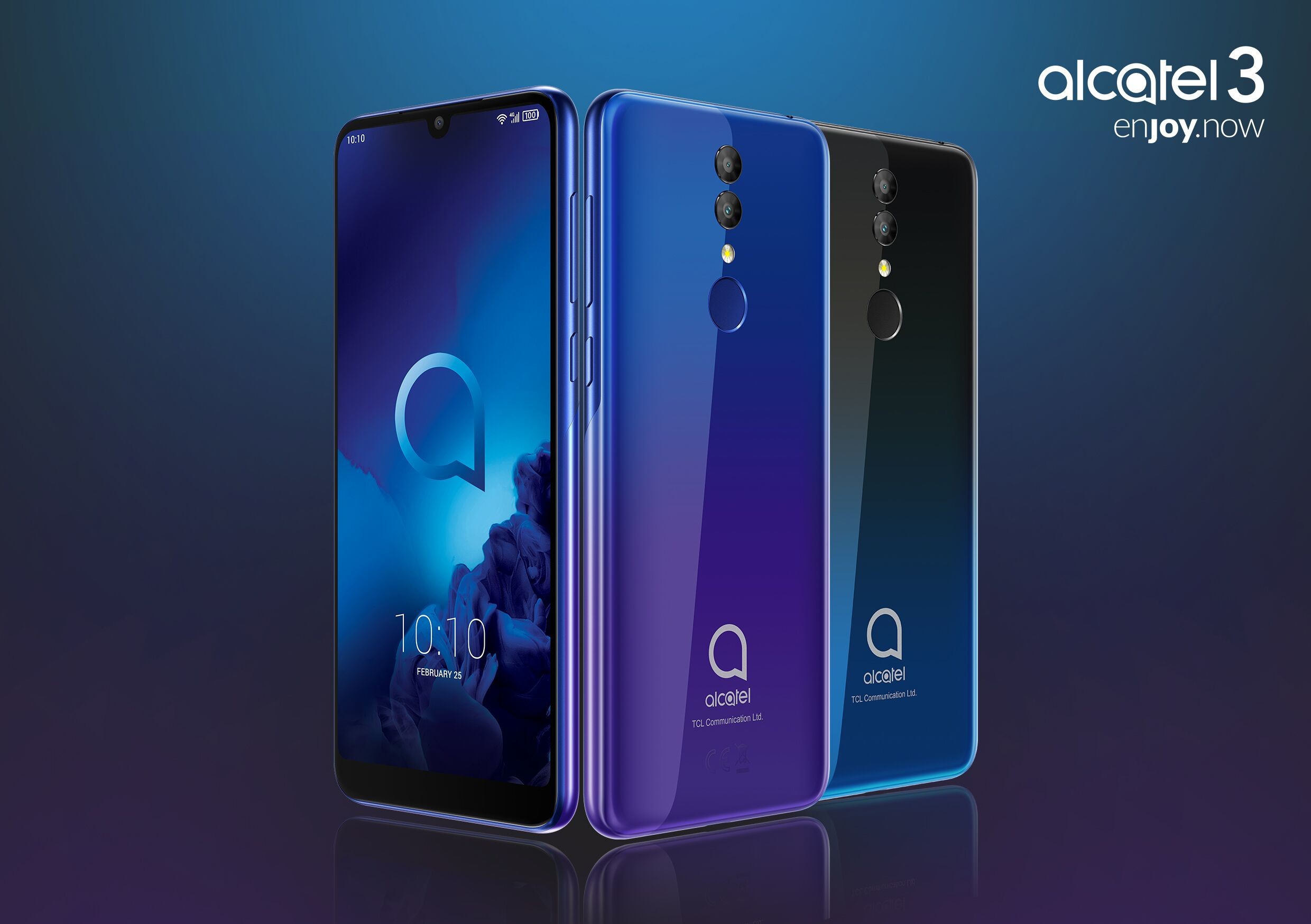 The Alcatel 3 is the bigger and stronger brother of the 3L. They share a lot of the specs, including the display, cameras, and battery size. The big differences on the inside are the processor, which is bumped up to a Snapdragon 439, and the RAM and storage configurations, which can be either 3GB/32GB or 4/64GB. There's also a fingerprint scanner that's missing on the cheaper sibling.

What's really interesting about the 3 are the color options, however. It comes in two beautiful gradient finishes, one that's blue and purple, and another that's black and blue. When they launch in Q2 of this year, the 3GB/32GB model will start at €159, while the 4GB/64GB variant will cost €189. 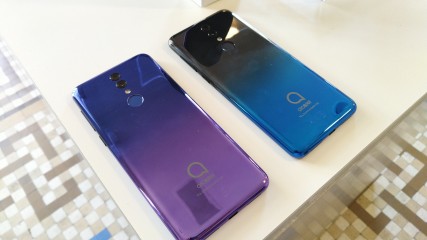 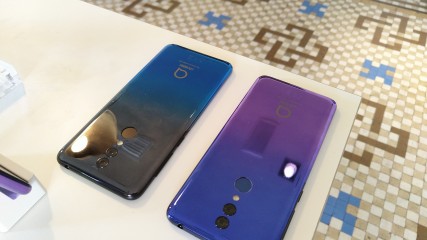 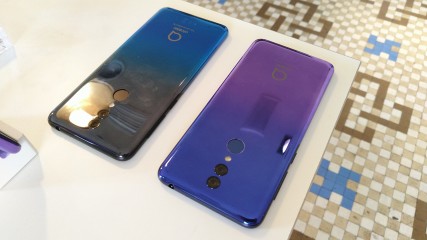 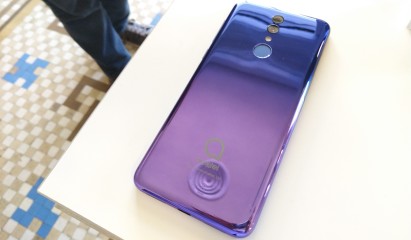 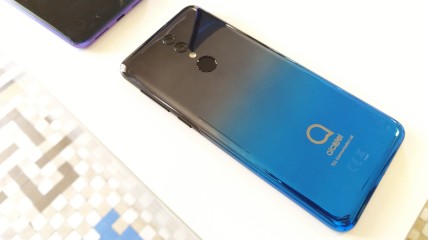 Lastly, there's a new tablet from Alcatel, the 3T 10, which, as the name suggests, is a bigger and better version of the 3T 8 launched last year. It has a bigger 10-inch display, albeit at the same resolution, 3GB of RAM and 32GB of internal storage. Despite the bigger display, it keeps the same size 4,080mAh battery.

What sets the 3T 10 apart even more is the option Audio Station accessory that Alcatel is releasing alongside it, which is essentially a Bluetooth speaker. The tablet actually has 8 Pogo pins on the side, and it can fit into a docking station on the speaker where the Pogo pins connect, allowing you to charge the tablet through the speaker. Basically, you can just have the speaker at home connected to an outlet, put the tablet down on it and it'll charge while also blasting out audio that you wouldn't otherwise get from the tablet. 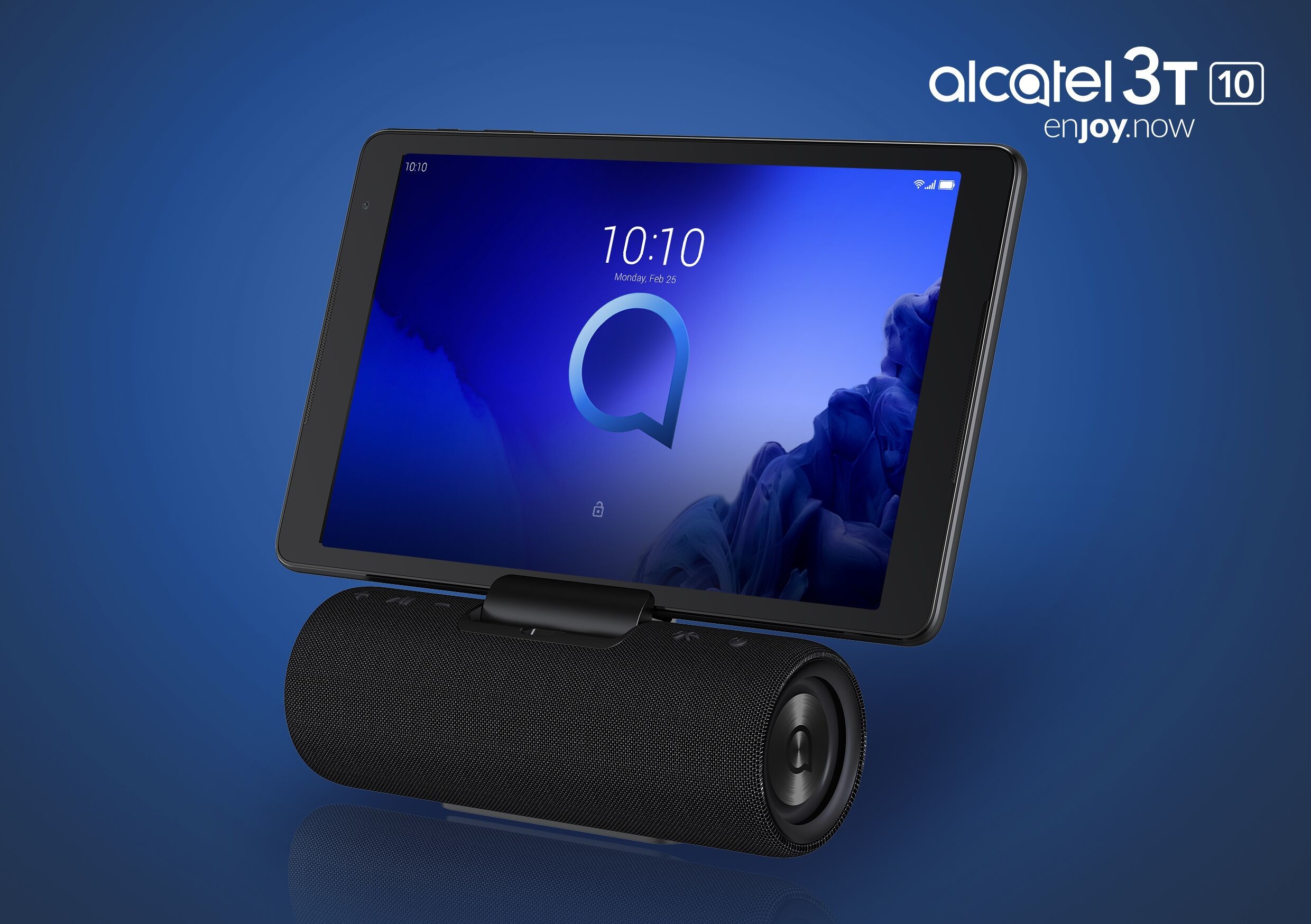