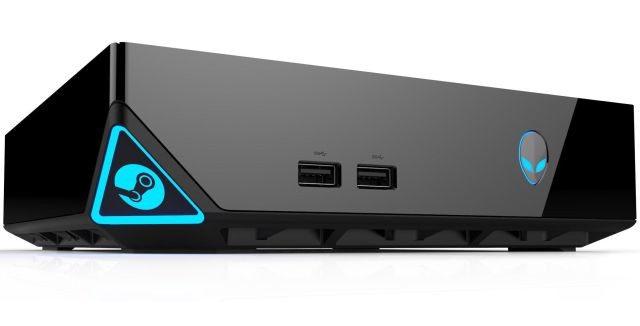 Dell's Alienware division is now backing off somewhat on its previous claims that its upcoming Steam Machine PC can't be upgraded by their owners once they are purchased and shipped. However, it's clear that the product won't be as mod friendly compared to Alienware's other Windows-based desktop PCs like the Aurora and the X51.

Considering we've purposefully designed the Alienware Steam Machine to be smaller than the latest generation consoles, upgrading the internal components will not be as easy as compared to other platforms, such as the Alienware X51, but we will not prevent a customer from upgrading.

Alienware first introduced its X51 desktop design just over two years ago, which has a more console-like case compared to normal PC desktops. The Alienware Steam Machine will include Valve's Linux-based SteamOS which is currently available to download in a very early beta form. Alienware plans to ship its Steam Machine sometime in September but so far the company has yet to offer any specific hardware details nor a price. 13 other PC OEMs will launch their own Steam Machines with Valve's OS sometime in 2014.