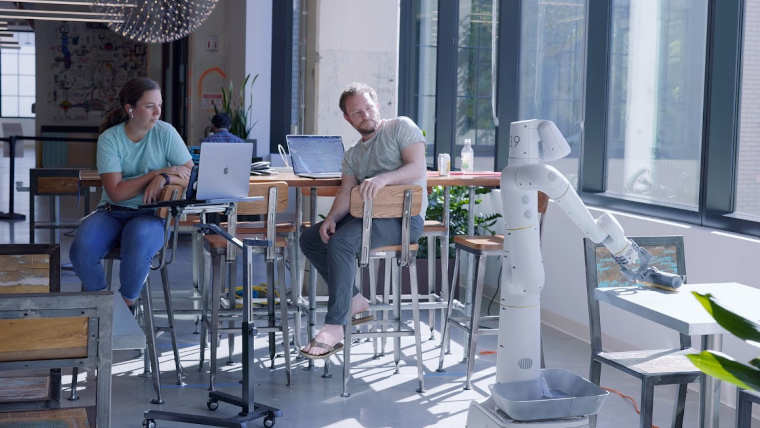 Alphabet, the parent company of Google, is working on bringing Robots to perform everyday tasks into its offices. This is driven by X – Alphabet’s Moonshot Factory, a specialized team focusing on solutions for next-gen problems. Since its inception in 2010, some of the notable projects coming out of the Moonshot Factory are Google Glass, giant balloons delivering internet to remote corners of the world, sustainable wind energy using kites, and Waymo for autonomous transportation.

The Team at X is building robots to learn office-based tasks from wiping a table, sorting waste, opening doors, and arranging chairs in meeting rooms. This is paving the way for robots moving in an office environment doing simple human tasks but also co-existing with humans. The future, as envisioned by X with this approach, is to bring the robots into a real environment and learn how the robots deal with changes.

The robots were taught in an office-based environment, which initially took nearly four months of training. Over time, the team at X made improvements to reduce this to just one day with an accuracy of 90%. The success of the robots in different types of activities is due to common algorithms applied across activities ensuring no recode is required. The robots will initially come to Alphabet's Mountain View offices.