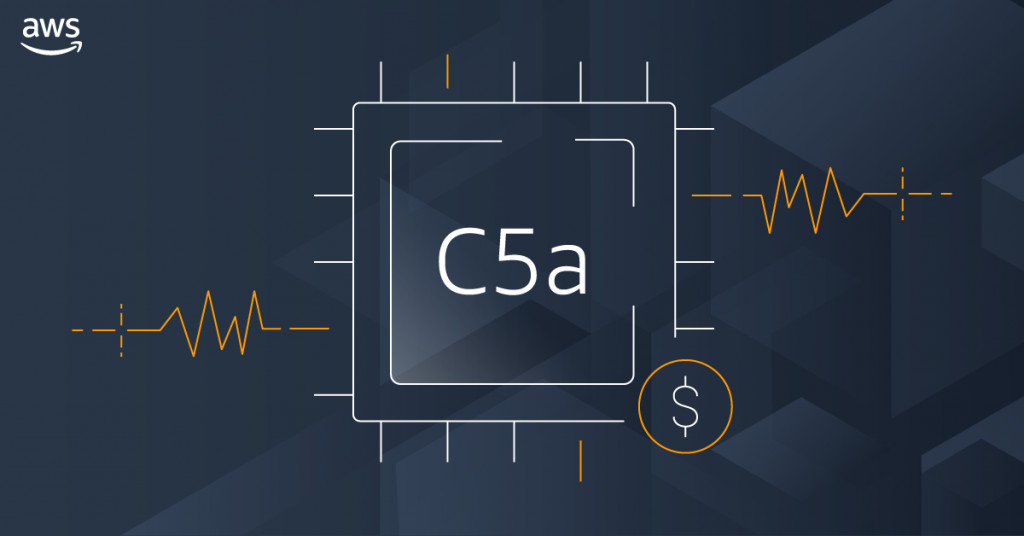 These C5a instances come in eight sizes, starting from c5a.large with 2 vCPUs with 4 GiB of RAM and going up to c5a.24xlarge with 96vCPUs and 192 GiB of RAM. Further details for each variant are summarized below. 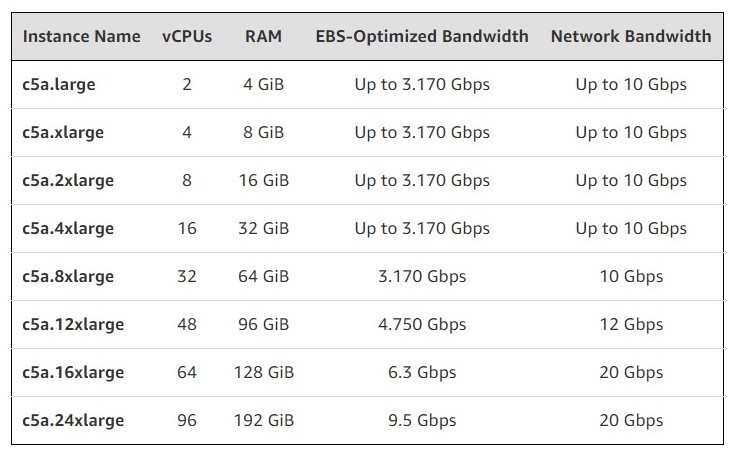 C5a instances are ready to be deployed in the following regions: US East (N. Virginia), US East (Ohio), US West (Oregon), Europe (Ireland), Europe (Frankfurt), Asia Pacific (Sydney), and Asia Pacific (Singapore) Regions in On-Demand, Spot, and Reserved Instance or as part of a Savings Plan.

Of course, the C5a instances support many AWS resources including AWS Batch, Amazon EMR, Elastic Container Service and Elastic Kubernetes Service. They are also managed by the Nitro platform that is used across Amazon EC2. Amazon has further stated that the disk variants of C5a instances—C5ad—that come with local NVMe instance storage and bare-metal variants, C5an.metal and C5adn.metal, are coming soon.