AMD had already confirmed earlier that DDR5 support was arriving on its platforms with next-gen Zen 4 Ryzen 7000 CPUs and Socket AM5 motherboards, and a new report claims that the company will be sticking exclusively to DDR5 only with no plans for DDR4 despite how expensive the latest standard memory kits are.

However, the Santa Clara company is trying to do its best in this regard so that AM5 users can get the best out of their expensive DDR5 kits. It had revealed that it was taking DDR5 overclocking quite seriously and a new report from VideoCardz says that a new technology called EXPO is how AMD plans to make this work.

According to the report, EXPO stands for "EXtended Profiles for Overclocking" and here's how the two profiles in it will work as per the report:

EXPO will be responsible for storing two memory overclocking profiles for DDR5 series. The first profile will be optimized for high bandwidth use, whereas the latter will be for low-latency. Our source claims that the second profile is optional.

Overall, it sounds quite similar to how XMP and A-XMP (AMP) function nowadays. The report also adds that EXPO will work with all kinds of DDR5 DIMM types including SODIMMs, that are generally used in laptops and small form factor (SFF) desktops:

Furthermore, EXPO will work with all types of DDR5 memory, including UDIMM, RDIMM and SO-DIMM.

If true, then we might finally get more overclockable memory offerings in small form factor (SFF) use cases, something that is quite rare with DDR4. AMD had recently trademarked the name EXPO and the details on the page do clearly indicate that the technology is indeed related to memory. 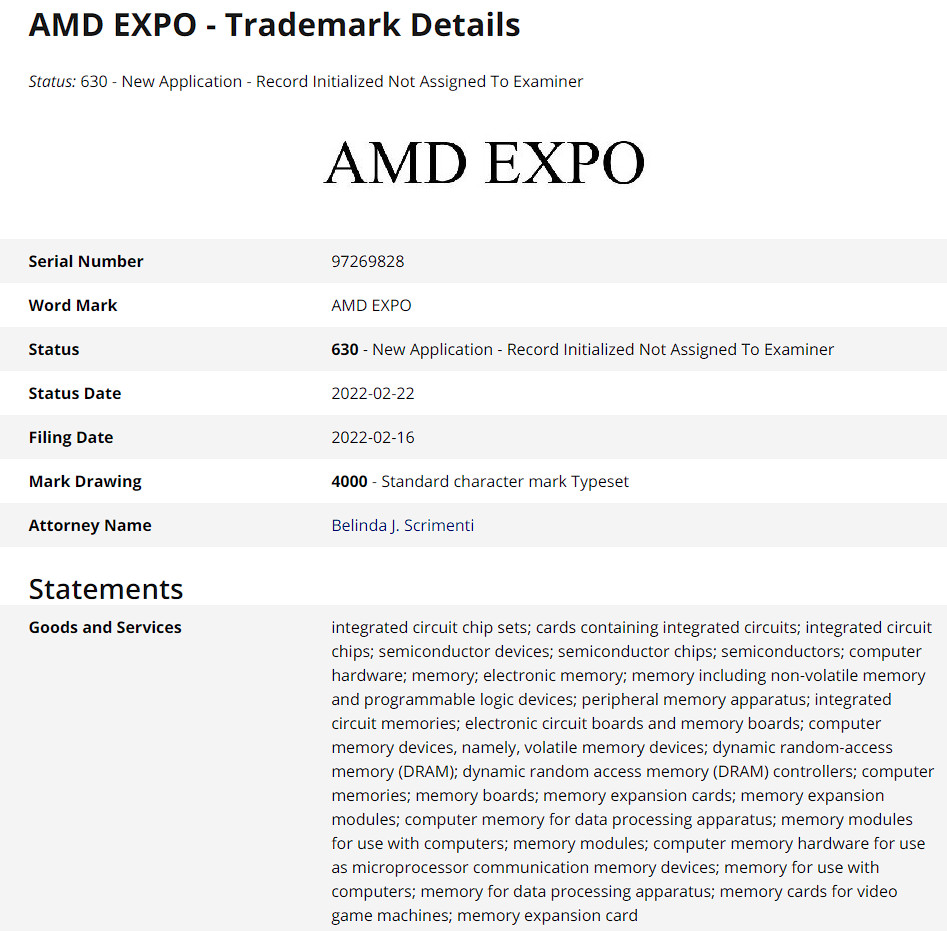 Interestingly, AMD already seemed to have a feature called RAMP or Ryzen Accelerated Memory Profile that was set to debut with Zen 4 and AM5. It will be interesting to see if the two technologies are same or the new EXPO is a bit different than how RAMP is supposed to function.