One of the key features of the recently-announced Android L is 'Project Volta', which aims to boost the battery life of Android devices by tidying up the operating system in a variety of ways to preserve power. The question many will be wondering though is "Will this actually make a difference on my device?" 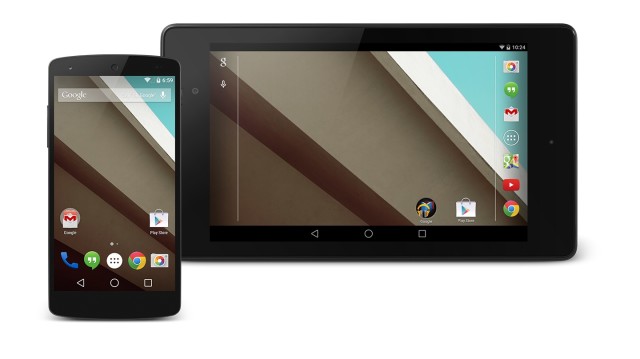 According to Ars Technica, the answer is a definite yes. In testing, they found that a Nexus 5 lasted over two hours longer when running Android L Developer Preview over the latest version of KitKat, 4.4.4, at 471 minutes. This is up from 345 minutes and represents a 36% increase in battery life. The tests comprised leaving the screen on while refreshing a webpage every 15 seconds over Wi-Fi until the device died.

Much of the power saving will have come from the new JobScheduler API that means the operating system now controls maintenance and house-keeping tasks, running them all together when system load is low. Some tasks, at the request of the developers, are postponed until the phone has been plugged in, thus representing a substantial power save in itself.

Android is also now much better at allowing apps to refresh their data and disables this power-hungry functionality altogether if no network connection is available, preventing the phone from repetitively trying and failing to synchronize network tasks. The usage of the ART app runtime, theoretically enabling apps to run twice as quickly, in place of the ageing Dalvik also saves battery as apps are compiled just once, at installation, instead of every time they are run, cutting down CPU and therefore power usage.

This can only be good news for consumers, especially those who own phones that can drink a full charge in just a few hours of usage; Android L is expected to arrive with its new 'Material Design' interface and other improvements later this year.