Yesterday we saw the first render of the supposed HTC Accord, an upcoming middle-band Windows Phone 8 device which will be part of the first wave of devices later this year. Now, the same XDA-Developers member Football has posted another render of the HTC Accord, and this time it shows exactly where the ports, buttons and other items are on the smartphone. 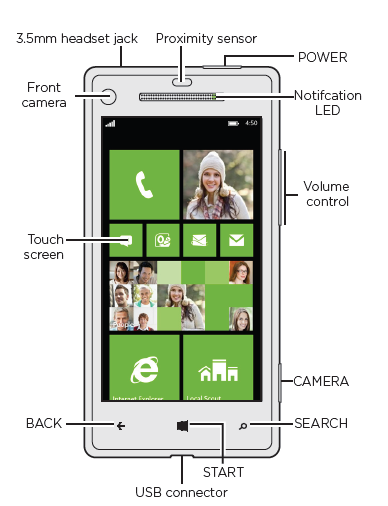 Most of this stuff was already pretty obvious from the last image, but at least the evidence surrounding the HTC Accord is mounting. Rumored specs for the device include a Qualcomm Snapdragon S4 MSM8960 dual-core chipset clocked at 1.5 GHz, 1 GB of RAM plus 8/16 GB of storage, a 4.3-inch Super LCD 2 display at 1280 x 720, an 8-megapixel rear camera with 1080p video recording, NFC, microSD card support and possibly LTE as well. Beats Audio is also supposed to be included.

We should be seeing more of this device, alongside the other two devices HTC has planned (the "Zenith" and "Rio") at an event in the third week of September.