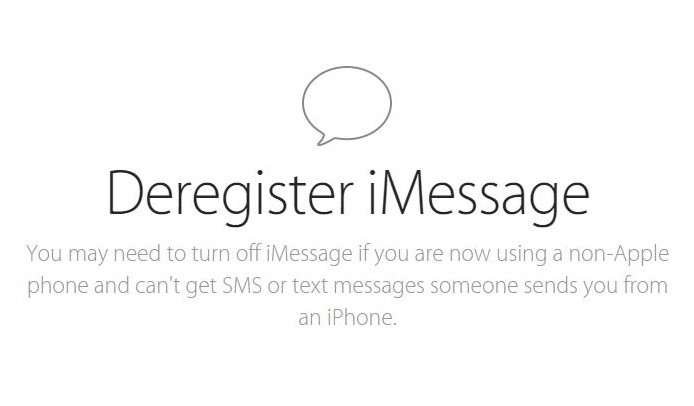 If you’ve ever tried to leave the Apple ecosystem you know the company doesn’t make it easy at all. Why would they after all? But thanks to enough complaining at least one aspect of the transition out of the reality distortion field has been streamlined.

Switching to a non-iPhone device has been a bit problematic for some, not in small part due to the fact that occasional text messages would get lost before reaching a client thanks to iMessage. But now Apple has finally created a deregistration option that folks can employ in case they run into such issues.

By hitting up this page you can unsubscribe your number from Apple’s iMessage service, which should in turn fix any text problems you may have had.

Now that it’s a tiny bit easier, are you more likely to switch devices or are you content with using what’s arguably the best smartphone on the market?