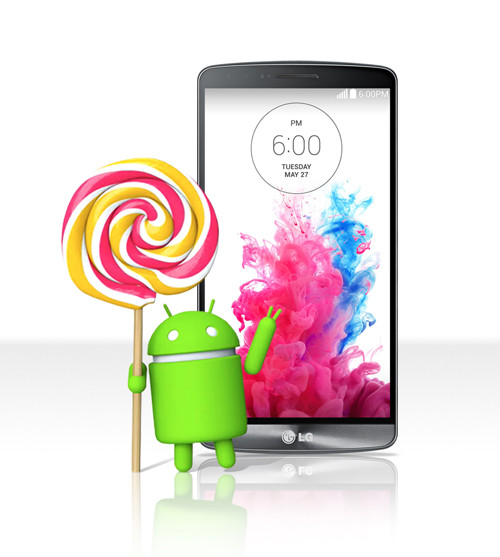 Step aside Google, Android has a new king of updates and that’s LG. The company has announced that it’s officially the first phone manufacturer to roll out Android 5.0 Lollipop to its handsets.

While earlier estimates had pegged Motorola as a likely candidate for the first ones to roll out Lollipop, it looks like the makers of the Moto X were beaten to the punch.

If you’re sporting an LG G3 and you live in Poland you might want to hit the “check for updates” button as that’s where the update begins shipping this week. Other markets will be following suite in the near future though no precise date was given. Dr. Jong-seok Park, CEO of LG mentioned:

LG is absolutely committed to giving our customers the best mobile experiences available and bringing Android Lollipop to G3 owners as soon as possible is a top priority. The new features and improvements in Android 5.0 will bring a whole new user experience to the G3 and make it even better than it already is.

Android 5.0 Lollipop is considered a major update to Google’s OS, one that brings a redesigned UI style, tons of improvements and new features and not least, better security.