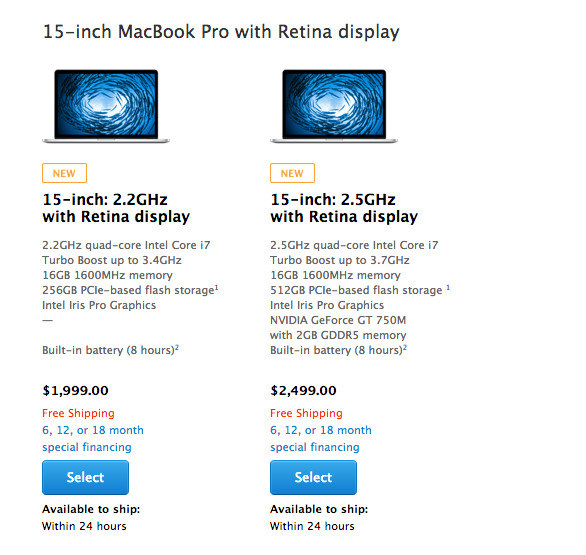 Apple has announced today that they have updated the specs on their premium line of laptops, the MacBook Pro, and have lowered the price for entry too. All of the Retina laptops now come with faster processors, double the memory in both entry-level configurations, and a new, lower starting price for the top-of-the-line 15-inch notebook. The price was also dropped on the non-Retina MacBook Pro too, by $100, which Apple claims is very popular with folks who are switching from Windows. 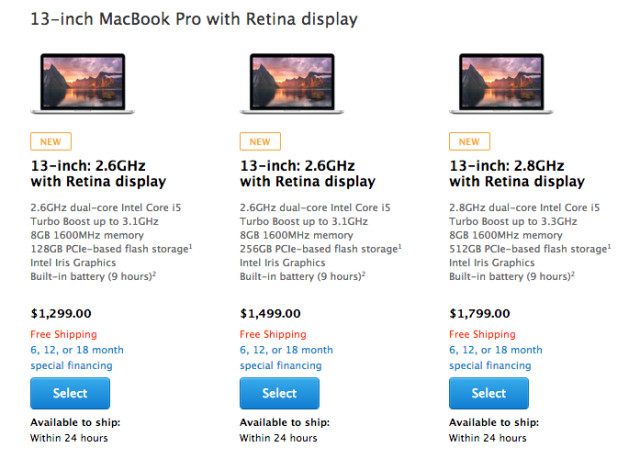 The new lower price on some of the machines will likely appease critics who say that Apple laptops are overpriced. Even though the price cut was only $100 and not all machines got the price drop, it will likely help the company sell a few more units as it closes the gap between the pricing on Apple laptops and comparable Windows machines.

The updated laptops are available today on Apple's website and at their retail outlets.